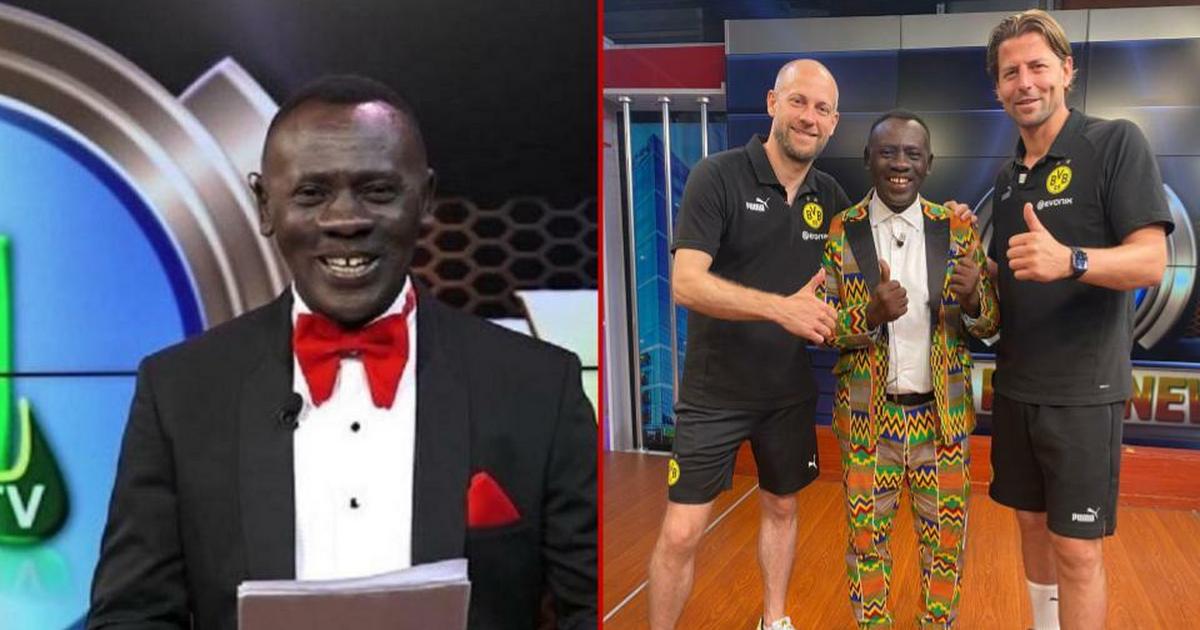 Real News is a mock TV show hosted by Akrobeto which went viral on the internet for the host’s hilarious mispronunciation of popular football players and clubs.

The viral nature of the clips from the show had led to Akrobeto becoming a frequently used meme and a well-known face in the world of football Twitter.

As a result, he has drawn the attention of one of the biggest clubs in the world, as he hosted two Borussia Dortmund legends on the show.

Ex-Dortmund players collectively refered to as BVB Legends are in Ghana for a charity game and two of them made sure to meet Akrobeto in person and appear on his show.

Borussia Dortmund shared a picture of Jan Koller and Roman Weidenfeller taking a picture in the studio with Akrobeto.

They would later post a snippet of the interview with both ex-Dortmund players with Akrobeto laughing in his usual cheerful manner.

The ex-Dortmund players are in Ghana to play a charity game against an African Giants side captained by Ghanaian legend Abedi Pele.

The Dortmund legends have been in Ghana since Thursday, June 9 and have been soaking in as much Ghanaian culture as possible.

Borussia Dortmund as a club have a strong connection with Ghana javing had quite a number of Black Stars on their roaster in the past.