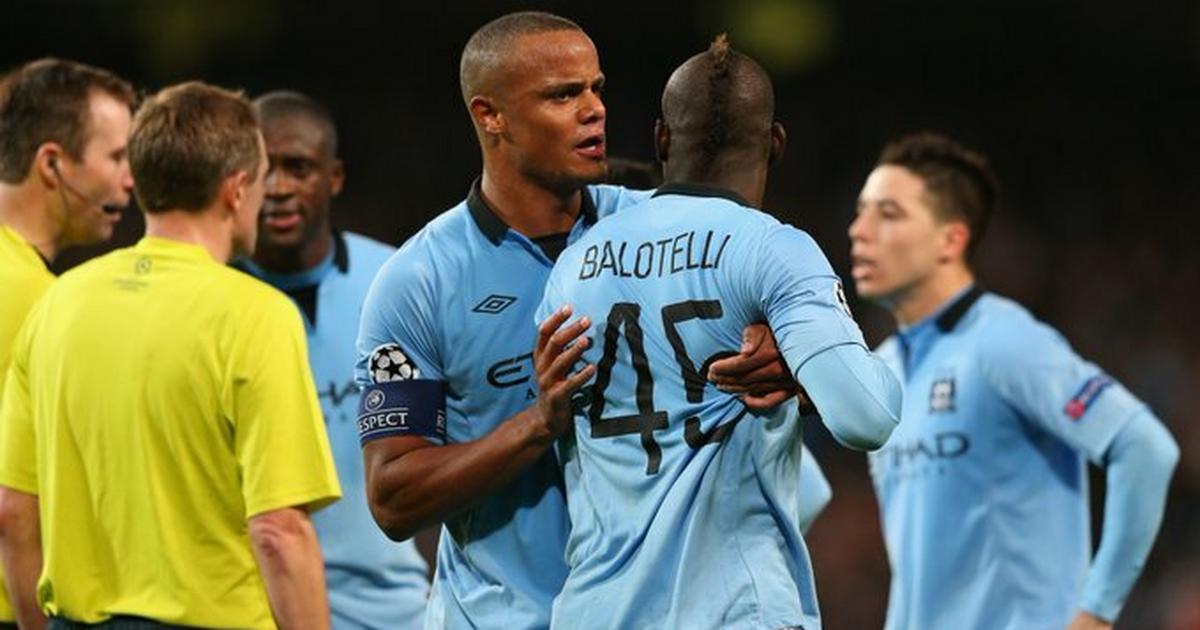 Kompany and Balotelli played together for three years under Italian manager Roberto Mancini, where they helped Manchester City to their first FA Cup triumph in 35 years before securing the side’s first Premier League title since 1968.

Enigmatic but technically gifted, Mario Balotelli was always in the headlines for one reason or another during his time at Manchester City. As his captain, Kompany would have seen first-hand a striker capable of memorable finishes and eye-catching celebrations.

In his time at Manchester City, Balotelli scored 31 goals and contributed seven assists, including the pass Sergio Aguero thumped into the roof of the net to secure the most dramatic Premier League finish in recent memory.

“He has the one who is a footballer with all his gifts and ability, and I believe he had many different sorts of profiles as a striker – he was quick, he could run in behind, and he could finish in any number of ways.

“He was also very good at holding the ball up, and because he was lean and not carrying too much weight, he was agile and mobile. Kompany recalled.

Life of the party

With the exemption of probably only Zlatan Ibrahimovic, no player in the mid-2010s came close to Mario Balotelli’s place as the face of football “bad boys”.

Kompany and Balotelli were famously embroiled in a training ground bust-up after the striker charged at his captain for what he believed was a harsh tackle.

While at Manchester City, Balotelli boasted a rap sheet containing legendary antics like accidentally setting his bathroom on fire with fireworks, paying a man to drive his scooter into the Naples sea and repeated clashes with Roberto Mancini.

Kompany spoke of his former teammate’s antics and suggested that his unpredictable nature was to blame for his enigmatic career.

“There is the Mario that could cause a moment of attention and be unpredictable – it’s part of who he is, and it was part of the reason he has had a life of ups and downs. That’s him and he is who he is.” Kompany said.

In a twist to the interview, Kompany revealed a side to Mario that many critics refuse to see, despite documented cases.

“Finally, there is the real Mario – the third personality which many do not get to see. Mario is very kind, has lots to give and is always willing to help.” Kompany fondly remembered.

In 2015 reports emerged that Balotelli was committing 50 per cent of his salary to charity work in Africa amidst other charitable acts. Former Manchester City teammate Micah Richards told UK publication the Sun that Balotelli ‘has a heart of gold.

“Mario is honest and says what he thinks, and he is someone I have a lot of time for as a person,” Kompany said.

Where are they now?

After a public falling out with Roberto Mancini in 2012, Balotelli was dropped from the squad completely. Come January, he began a journeyman phase of his career, moving back to Italy,, before an underwhelming spell at Liverpool, before playing in France.

Balotelli now plays for Turkish side Adana Demirspor where he seems to be enjoying his football again after netting 18 goals in the just-concluded season.

Kompany on the other hand returned to his boyhood club Anderlecht after securing the Premier League trophy with a memorable strike against Leicester City.

Kompany is now the manager of Anderlecht, and in recent weeks has been linked with a move to Burnley and Norwich.