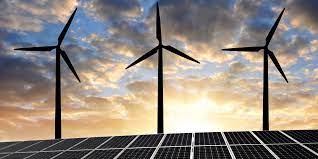 Abu Dhabi’s Masdar and its business partners in consortium with Egypt’s Infinity Energy have agreed to buy a majority stake in Lekela Power from private equity house Actis. According to three sources directly linked to the sale said, the deal that could be worth close to $1 billion.

The sale, when concluded, would be one of southern Africa’s biggest renewable energy deals and has attracted interest from across the world. Those interested, including from Chinese state fund CNIC; Africa-focused power firm Globeleq, which is 70%-owned by UK development finance institution CDC Group. Other interested entities are Chinese petroleum giant Sinopec; and South African coal firm Exxaro, among others.

The deal would give Masdar, owned by United Arab Emirates’ sovereign investment company Mubadala, its first foothold in southern Africa, expected by analysts and bankers to be the next major hub of renewables development after Asia considering the many hours of sunlight, even during winter.

Masdar has so far largely been present in the Middle East, but had been looking more broadly for greenfield and brownfield acquisition opportunities, the first source said.

Actis, Masdar, and Infinity Energy did not immediately respond to emails seeking comment.

“The deal is almost finalised but a lot of regulatory approvals are still ahead,” said one of the sources. A second source said the deal could be announced, “in the coming weeks – soon.” Both sources declined to comment on the valuation.

Considering Lekela’s portfolio of over 1,000 megawatts (MW) of wind assets spread across South Africa, Egypt and Senegal and a 225 MW wind development in Ghana, the deal size could be between $900 million and $1 billion, a third source – also directly linked to the sale – said.

Meanwhile, Actis, which is the largest private capital investment firm in Africa, has put another Africa-focused renewable company – BioTherm Energy (BTE) Renewables – up for sale, the sources said.

BTE Renewables has over 400 MW of solar and wind plants in South Africa and Kenya, but its development pipeline is bigger than that of Lekela, the second source said.

“The last date for non-binding offers for BioTherm will close next week,” the source said.

Analysts and bankers have said companies are looking to raise cash from mature renewable assets in South Africa and invest it into newer projects as President Cyril Ramaphosa’s government seeks to reignite the country’s renewables drive.