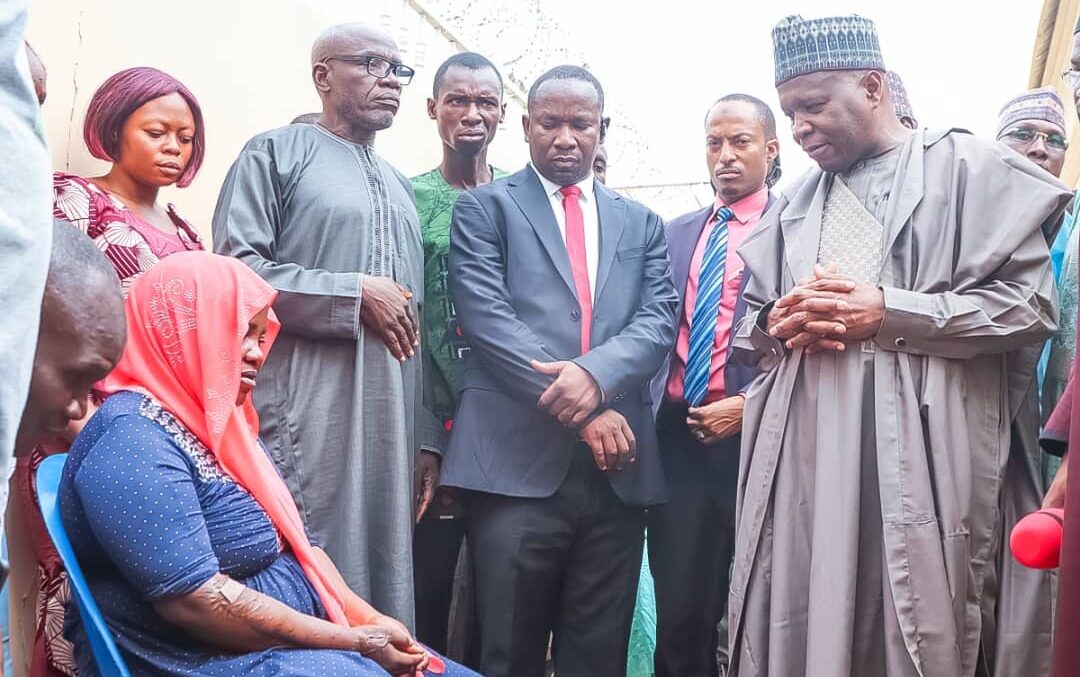 It was on a Wednesday, precisely April 27, 2022 when the residents of Tumfure, a thriving community in Gombe metropolis, woke up to news that shook its foundation.

The news was the death of three persons in a suffocating, painful and undesirable process of electrocution.

To many, it was indeed a black Wednesday while to some others it was an incident never to be forgotten in a hurry. Eyewitness accounts had it that the trio died in the early hours of the fateful day after a high voltage surge from a nearby transformer disrupted the normal flow of power in a sense that metals in houses within a certain radius became active to deadly electrical current. While some few lost valuables to the incident, others sustained varying degrees of injury.

It was an unpleasant and unpalatable incident deserving of every empathy and sympathy the families of the victims can get to perhaps douse their emotional and psychological damage.

Thus, the prompt visit of the Gombe State Governor, Muhammadu Inuwa Yahaya to the scene of the incident few hours after the unfortunate incident was an outstanding sympathy and solidarity anyone can hope to have especially in such a trying moment.

At the scene of the incident which was literally enveloped with grief, sorrow and disbelief, a visibly disturbed and saddened Governor Inuwa Yahaya commiserated with the affected families. He urged them to see the sudden death of their loved ones as an act of God.

“On behalf of the government and people of Gombe State, I extend our sincere commiserations to all those who have lost loved ones; we would ensure that there is no repeat of this kind of unfortunate incident in the state. At the level of Government, I assure you that we shall take adequate measures to prevent such from happening and
we shall equally seek justice for the victims”.

The Governor equally visited the home of Pastor Solomon Ayanwale whose family members escaped by the whiskers but lost valuables to the incident. In all the places visited, Governor Inuwa Yahaya announced cash donations of five hundred thousand naira each and directed the State Emergency Management Agency SEMA to
immediately assess the situation and provide relief materials to the affected families.

READ ALSO: How Inuwa Yahaya’s Governance Approach Stands Him Out

The Governor’s milk of human kindness did not only stop at those who lost loved ones and properties but equally extended to individuals that sustained varying degrees of injury and are receiving treatment in hospitals in the state capital. Further irked by the incident, the governor directed relevant officials to look into the remote and immediate cause of the electrocution with a view to finding a lasting solution.

The Governor’s visit to the electrocution victims in Tumfure and the cash donations as well as the soothing words offered to the affected families and the entire community, indeed smack of excellent and responsible leadership deserving of commendation and appreciation by all.