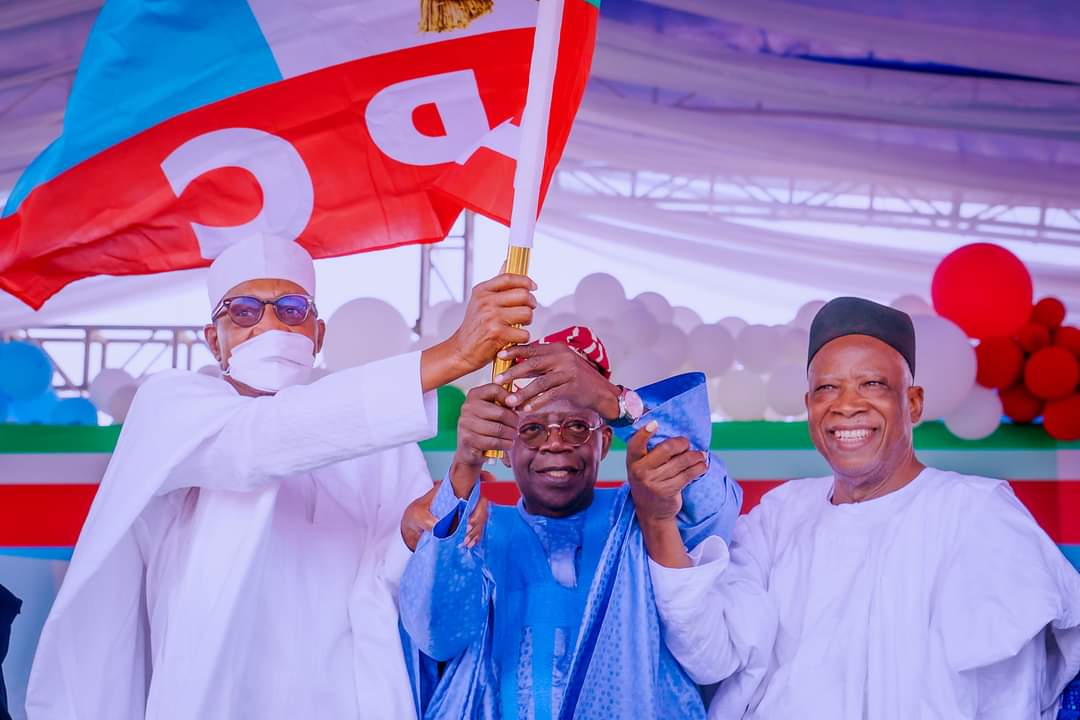 Early this year, the national leader of the All Progressives Congress (APC), Asiwaju Bola Tinubu, stated his lifetime ambition is to be Nigeria’s president and he had decided to give it a shot in 2023.

He first told President Muhammadu Buhari and then told Nigerians.

This week, Mr Tinubu was declared as the winner of the presidential primary of the APC.

But he did not ‘expect to win’ and that’s why he said he was intoxicated with victory.

Could that be his first step to victory in the 2023 elections?

The former Lagos state governor has already promised Nigerians that he will end terrorism if elected as Nigeria’s president.

But that’s not enough, he has assured security personnel of better days and rewards in real-time.

President Muhammadu Buhari has congratulated Mr Tinubu and said he looks forward to working with governors to ensure Mr Tinubu wins the 2023 election.

Meanwhile, before the political activities overtake events, Nigeria takes the lives of her people, this time around their place of worship.

Some armed men invaded the St Francis Catholic Church in Owo, Ondo State, and attacked members of the church.

Many lives were lost and some sustained varying degrees of injuries.

Governor Rotimi Akeredolu said 40 worshippers including children were killed in the attack while 80 people were severely injured.

Pictures and footage of the attack were indeed sad and pathetic.

Still in the week, there was a meningitis outbreak in Jigawa state.

About 65 children in 14 local governments of the state have died.

My colleague who visited some of the outbreak areas was told that many children have been complaining of fever and numbness in their legs.

Unfortunately, the government has largely abandoned the communities since the outbreak, my colleague was told.

I know I started by reminding you to pursue your lifelong ambition. But how about, we all pause to make Nigeria work then we go after our lifetime ambitions?