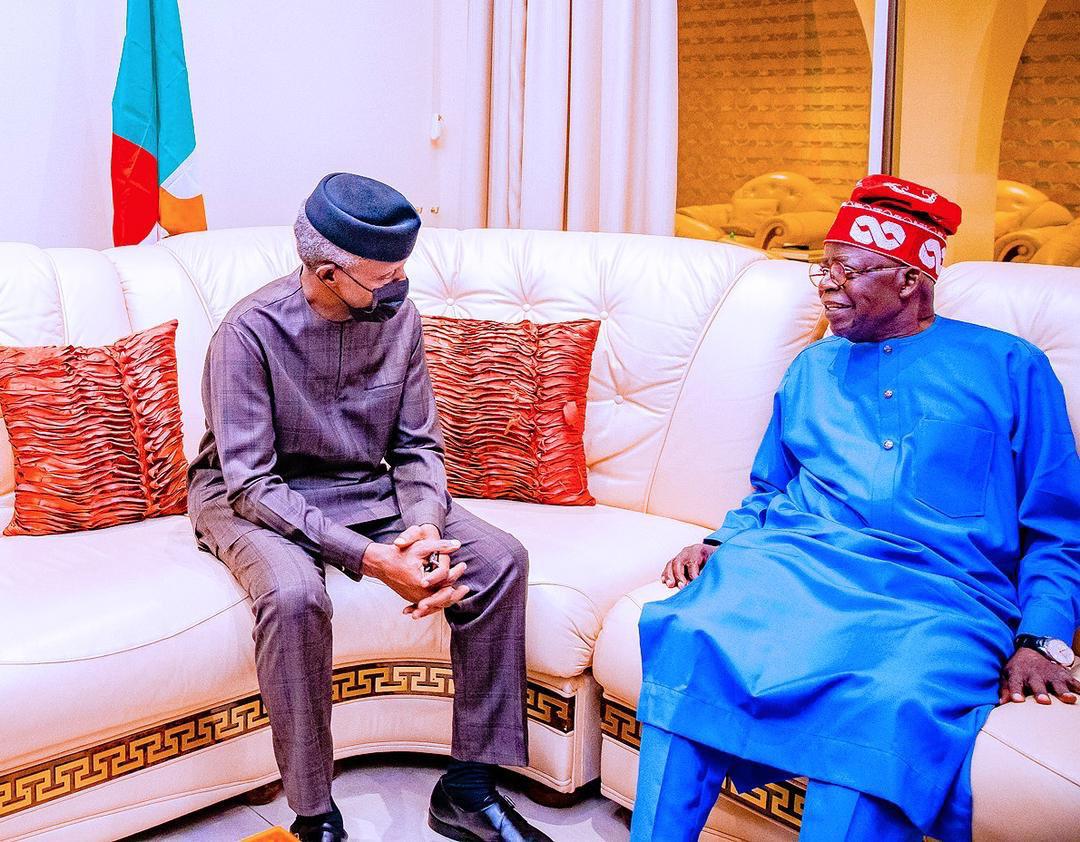 PREMIUM TIMES reported how Mr Tinubu defeated Mr Osinbajo and 12 others at the just concluded presidential primary of the APC.

The visit occured a few hours after Mr Osinbajo congratulated Mr Tinubu for the victory and pledged to work with him to emerge victorious in the general election.

A source who was at the residence of Mr Osinbajo when Mr Tinubu arrived said, “We were just sitting around when the vice president was informed that Asiwaju has arrived.”

The source, who declined to be named as he has no permission to talk to journalists, said the former Lagos governor was jovial throughout the visit and shared the story of Mr Osinbajo’s contributions not just to him as a person but to his political sojourn.

“He particularly recalled the efforts of the vice president in securing court victories for the defunct ACN especially with the court case in Osun State,” he said.

The source said Tinubu narrated how Mr Osinbajo went to the UK at a time of extreme weather to get fingerprint technology that was used to help the court cases.

“Asiwaju said he is surprised that people assume the presidential contest will create a wedge between him and the vice president. He told us that they have come a long way and they are like blood brothers now.

“He said what happened was just democracy in action and there was nothing wrong with it,” the source said.

Mr Tinubu was accompanied on the visit by Lagos State Governor Babajide Sanwo-Olu and some other politicians.

Mr Tinubu will now challenge Atiku Abubakar, the candidate of the PDP, and those of other opposition parties in next year’s presidential election.