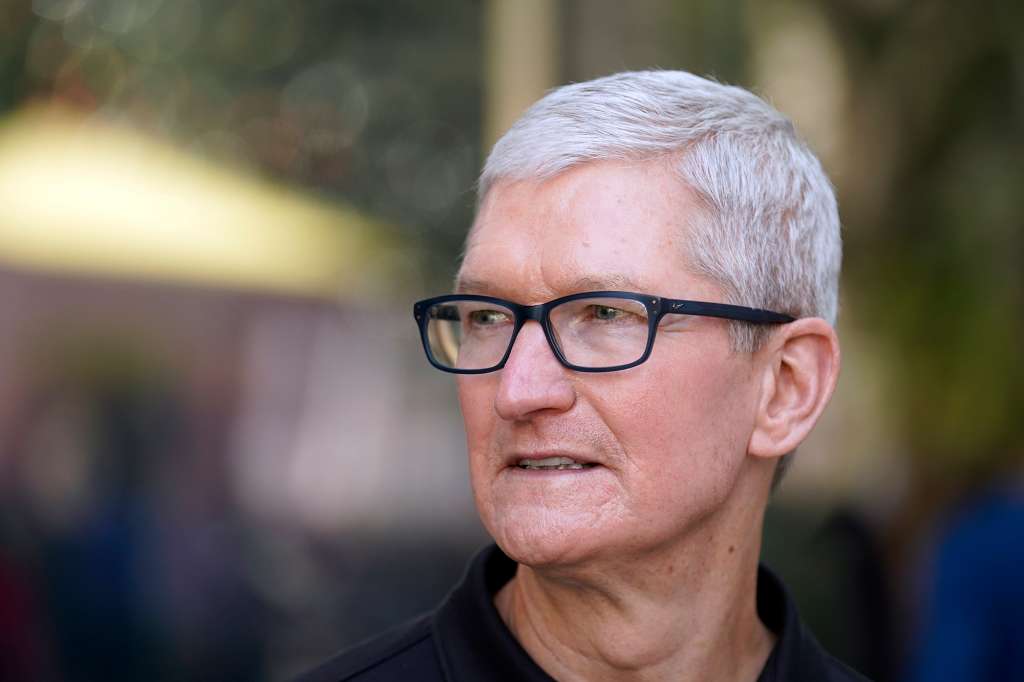 (CNN) — Apple has been granted a restraining order against a woman who allegedly threatened, harassed and stalked CEO Tim Cook for more than a year.

In a court filing late last week with the Santa Clara County Superior Court, Apple said a woman from Virginia has exhibited “erratic, threatening and bizarre” behavior. The woman allegedly drove across the country to make personal contact with Cook and trespassed on his property on two occasions, according to the filing. She also claimed to be his wife and said they had twins together, the filing said.

CNN is not identifying the woman.

The filing said that for more than a year, the woman sent threats directly to Cook through email and on Twitter, which included pictures of a loaded gun and a package of ammunition. She would tag the CEO in tweets, according to the filing, and write private messages that insinuated she wanted a sexual relationship, stating she “couldn’t live any longer” and “patience are [sic] almost done.”

Between October and mid-November 2020, the woman allegedly sent Cook nearly 200 emails that “showed a significant escalation in tone, becoming threatening and highly disturbing,” the filing said. In October 2021, she was detained by local police after trespassing on his private property, where she allegedly told law enforcement she “could be violent.”

The filing also claims the woman attempted to open fraudulent businesses under Cook’s name. Last month, she allegedly demanded $500 million from Cook to “forget and forgive.”

In the filing, Apple said it believes the woman may still be armed in the South Bay area of San Francisco and “intends to return to the Apple’s CEO’s residence or locate him otherwise in the future.”

Apple did not immediately respond to a request for comment. A hearing on the matter is set for March.