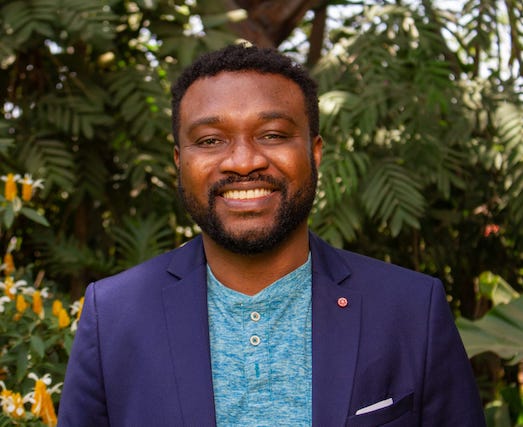 On Sunday, June 6, Nigerian terrorists attacked a catholic church in Owo, a town in Nigeria’s South West region. Eye witness accounts mentioned that the attackers opened fire while church service was going on, and reports put the death toll at 40, with many more injured. Unfortunately, when this attack occurred, both foreign and local media reports followed their usual tactics of portraying the attackers as ‘unknown gunmen.’ Regrettably, this phrase seems to do more harm than good in Nigeria’s fight against terrorism.

The phrase ‘unknown gunmen’ in Nigerian parlance refers to most acts of violence committed by a range of actors since 2020. Other terms used by the media to portray purveyors of terror attacks in Nigeria are ‘bandits’ and ‘Fulani herdsmen.’ These names convey certain anonymity to the attackers as if they appeared out of nowhere and disappeared shortly to whence they came from after the attack. However, these groups have continued to grow in increasing influence since 2019 and have come to stay. Nothing can be far from the truth. Therefore, the media need to portray these groups as terror groups whose main objective is to incite fear and keep the country in a perpetual state of instability, a condition the country has experienced since the emergence of Boko Haram attacks in 2010. This point is even more significant with the recent claims by the National Security Council that the terror group, the Islamic State West African Province (ISWAP), a group with close ties to the global terror group ISIS carried out the attacks. More significant is that in 2022, the Nigerian government labelled bandits as a terror group, yet the media has stuck with the narrative of mislabeling.

Using the proper terminologies to describe violent groups cannot be overstated. Mislabeling terror groups detract from the horror of their attacks and serve to erase the victims of their terrorist acts. Moreover, it intends that these attacks happening all over Nigeria are isolated events rather than coordinated attacks from a deeply organized terror group. Survivors of attacks from these terror groups have recounted the militarized efficiency with which these attacks have been coordinated and carried out. This includes the use of sophisticated weaponry, how they evade the Nigerian military, and the fact that many attackers are said to be mercenaries from neighbouring countries. According to reports, ‘bandits’ killed 2,500 people in 2021, prompting the Nigerian government to label them a terror group. In 2019, the Global Terrorism Index once identified ‘herdsmen’ as the fourth most deadly terror group. Attacks from these groups include bombing a passenger train, kidnapping scores of school children, and shooting down an air force jet. These attacks portray action from a sophisticated group rather than a ragtag army of unemployed youths, as the media would have Nigerians believe.

The misnaming of these terror groups poses problematic issues of ethnic bias against the Fulani, one of Nigeria’s major ethnic groups also spread across other countries in the Sahel, such as Niger, Chad, Mali, and Guinea. The term ‘Fulani herdsmen’ and ‘bandits’ has become a pejorative used to ascribe collective judgment to members of that ethnic group. Politicians have used this phrase to spread tales of an ‘Islamization Agenda’ – a supposed grand plan by all Fulani to spread Islam to the whole of Nigeria, reminiscent of the Sokoto Jihad led by Usman Dan Fodio in the 19th century. These tales gathered speed in the build-up to the 2019 elections and were used as a cautionary tale against the re-election of President Buhari, a Fulani native. Nnamdi Kanu, the leader of the Indigenous People of Biafra (IPOB), a secessionist group from Nigeria’s South East, regularly referred to this term to incite support for this group. This situation has been aided by the nonchalance of the Buhari administration in stopping these attacks. The problem with this bias is that it riles up Anti-Fulani sentiments from the south against Nigerians of northern extraction. It has been argued that many of the ISWAP soldiers are Fulani, and using the pejoratives to describe them is justifiable. However, history teaches us that ascribing collective guilt to a people always has terrible repercussions. For example, anti-Islam sentiments persist in the world due to terror attacks carried out by extremist groups and have led to attacks against Muslims worldwide even though they do not support terrorist groups.

Another issue with not describing these perpetrators for who they are is that it misdiagnoses the problem. For example, the southwest states in Nigeria established their regional security initiative to protect their citizens against ‘bandits’ or ‘herdsmen’ attacks. This action ignited divisive rhetoric about the arrogation of non-constitutional powers by the States themselves. In Nigeria, only the Federal Government can maintain a formal police organization, and establishing these groups has put these states and the federal government on a collision course. This can be avoided if the media follows the Federal Government’s stance of labelling these groups as terror groups rather than as disjointed conflict actors affiliated to one ethnic group. Identifying them by their proper motive would spur more cooperation among communities, states, and the federal government rather than the current situation, which serves no one any good.

The failure to correctly name these groups as terror groups only serves the terror groups. Groups such as ISWAP, ISIS, and Boko Haram largely depend on legitimacy by the communities to maintain an extensive intelligence network, recruit young men and have a base for launching attacks. It serves them well when they can appeal to marginalized communities with a vision of an altruistic or divine purpose for their murderous actions. In addition, terror groups gain legitimacy by engaging in social purposes such as setting up a COVID 19 centre, and providing loans, to communities to further their agenda. Labelling these groups correctly helps in de-radicalisation efforts and countering the narratives their informal and extensive groups sell to these communities.

The declaration of ‘bandits,’ ‘unknown gunmen,’ and ‘herdsmen’ as terror groups will not magically change Nigeria’s worsened situation. After all, notorious terror groups such Boko Haram and ISWAP continue to grow in influence. However, using the correct terminology to describe them in the media is crucial in soliciting community cooperation and gaining their trust, especially as they extend southwards. Nigeria’s overstretched security agencies need all the support they can get from local communities, and the foreign and local media can help.

Nkasi Wodu, a senior New Voices fellow at the Aspen Institute, is a lawyer, peacebuilding expert in Africa, and scholar of Global Governance and Human Security at the University of Massachusetts, Boston.