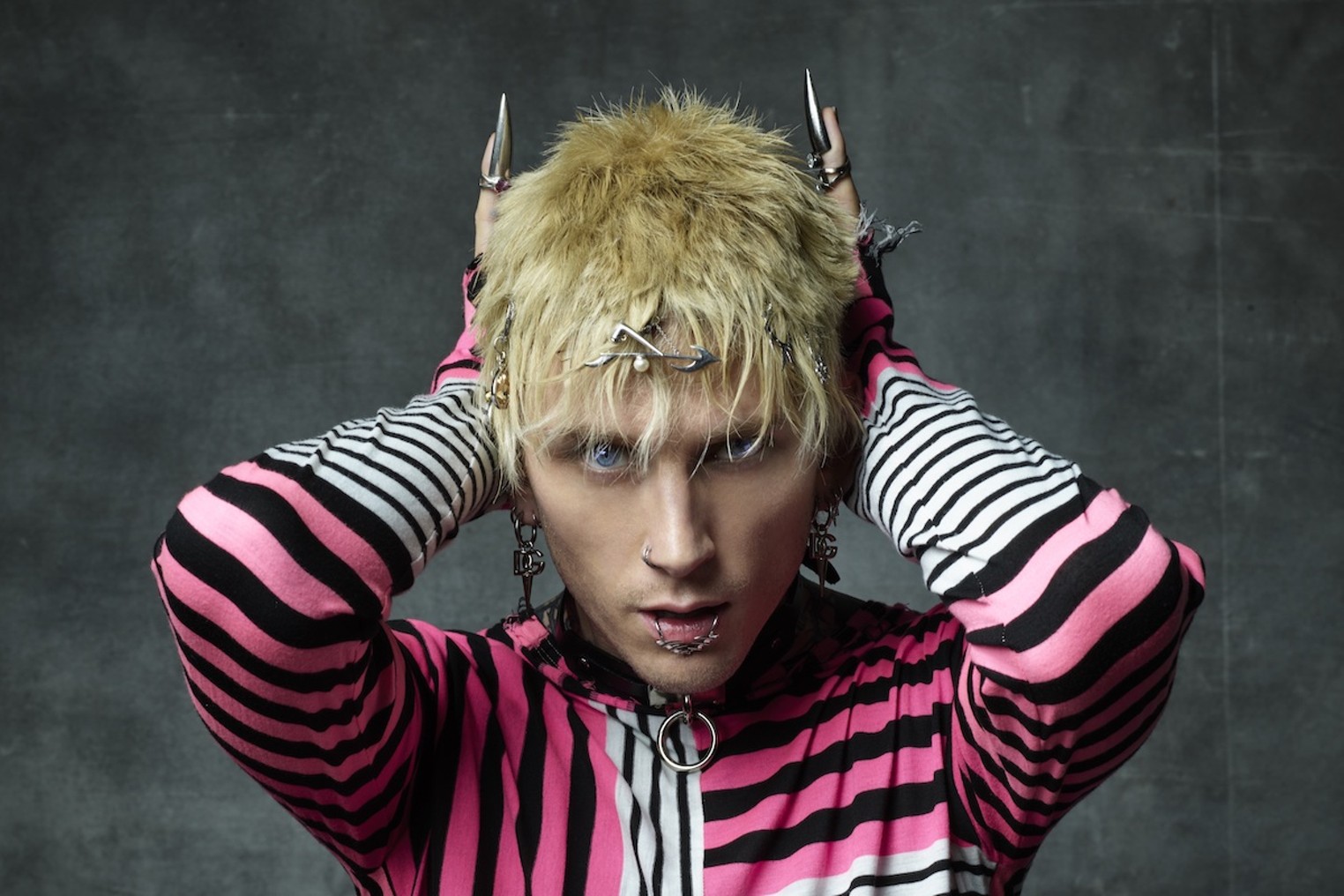 The thing that makes rapper-turned-pop-punk-rocker Machine Gun Kelly so interesting is that by the internet’s standards, he’s as popular as he is unlikable.

The Cleveland native has had many highs in his career, spanning multiple movie roles, Billboard hits, and television appearances. But in spite of his upward trajectory, the internet seems to take pleasure in bashing MGK. It’s impossible to ignore the rocker’s star power, but the attention has highlighted how polarizing he appears to be. As Miami prepares to welcome the “My Ex’s Best Friend” singer to FTX Arena on June 15, there’s no better time to analyze why his public perception doesn’t match his success.

Machine Gun Kelly (AKA Colton Baker) started his music career in 2007, quickly attracting attention with an appearance on MTV2’s Sucker Free Freestyle, where he performed numerous verses from his single “Chip Off the Old Block.” He released four mixtapes and built a fan base, especially in the Cleveland area. In 2010, he released the single “Alice in Wonderland” and accompanying music video via Block Starz Music. The rapper’s debut single earned him a “Best Midwest Artist” at the 2010 Underground Music Awards, and the clip won “Best Music Video” at the 2010 Ohio Hip Hop Awards.

In March 2011, while performing at South by Southwest, the rapper got his big break when he was approached by Sean “Diddy” Combs. The Bad Boy Records head offered Baker a chance at a recording contract with the label. In a since-deleted Instagram post, Diddy reflected on what drew him to MGK: “When I first signed @machinegunkelly I knew he was going to be a star. I didn’t know how exactly we would get there but I knew it would happen.”

In 2012, MGK released his debut album, Lace Up, which peaked at number four on the Billboard 200 chart and included the hit single “Wild Boy,” featuring Waka Flocka Flame. He achieved moderate success with his follow-ups, General Admission and Bloom.

So, where did the rapper go wrong?

For most fans, the beginning of the end started with Eminem. In 2012, MGK tweeted about the rapper’s then-16-year-old daughter, Hailie.

“I have to say, she is hot as fuck, in the most respectful way possible cuz Em is king,” he tweeted. (Kelly was 22 at the time.)

It would take six years, but Eminem finally responded to the predatory tweet in “Not Alike,” released on his 2018 album Kamikaze: “I’m talkin’ to you, but you already know who the fuck you are, Kelly/I don’t use sublims and sure as fuck don’t sneak-diss/But keep commenting on my daughter Hailie.”

In an interview with Sway Calloway, Eminem explained his side of the feud. While mentioning his underage daughter upset him, he had deeper reasons for calling out MGK years after the fact. “The reason I dissed him is actually a lot more petty than that,” he told Calloway. “The reason that I dissed him is because he got on — first he said, ‘I’m the greatest rapper alive since my favorite rapper banned me from Shade 45,’ or whatever he said, right? Like I’m trying to hinder his career. I don’t give a fuck about your career. You think I actually fucking think about you? You know how many fucking rappers are better than you? You’re not even in the fucking conversation.”

The media frenzy surrounding the feud affected how fans saw MGK. The 32-year-old would come out with his response titled “Rap Devil,” but its lyrics fell flat compared to the vitriol Eminem so effortlessly aimed at Baker. In the eyes of the public, “Rap Devil’ was subpar at best, making Eminem the unofficial winner of this rap beef.

Then, in 2020, the rapper-turned-singer released his pop-punk album, Tickets to My Downfall — and the internet had a field day. Though it was one of his bestselling albums, listeners felt Baker was being inauthentic. The angsty new sound and image felt like a bad attempt at rebranding.

Along with legions of disappointed pop-punk fans, the album apparently caught the ear of Slipknot singer Corey Taylor. During an interview on the podcast Rock This With Allison Hagendorf, Taylor subtly took shots at MGK. “I hate all new rock for the most part. I [hate] the artists who failed in one genre and decided to go rock — and I think he knows who he is. But that’s another story.”

Kelly used his performance at the 2021 Riot Fest in Chicago to address the criticism. According to Loudwire, following a performance of the song “Jawbreaker,” he went on a minor rant. “Hey, you wanna know what I’m really happy that I’m not doing? Being 50 years old wearing a fuckin’ weird mask on a fucking stage, talkin’ shit,” he told the crowd. “So anyway, what’s everyone’s favorite candy? Reese’s Pieces?”

Slipknot fans tore him apart. It became a growing consensus that if you cannot respect one of the biggest names in rock music, how could you feel so entitled to be a part of it?

MGK is not the first artist to switch genres, and he won’t be the last. Still, despite his having performed at Warped Tour and his flirtations with pop-punk, fans are having a tough time accepting that he didn’t change genres in order to escape Eminem’s shadow.