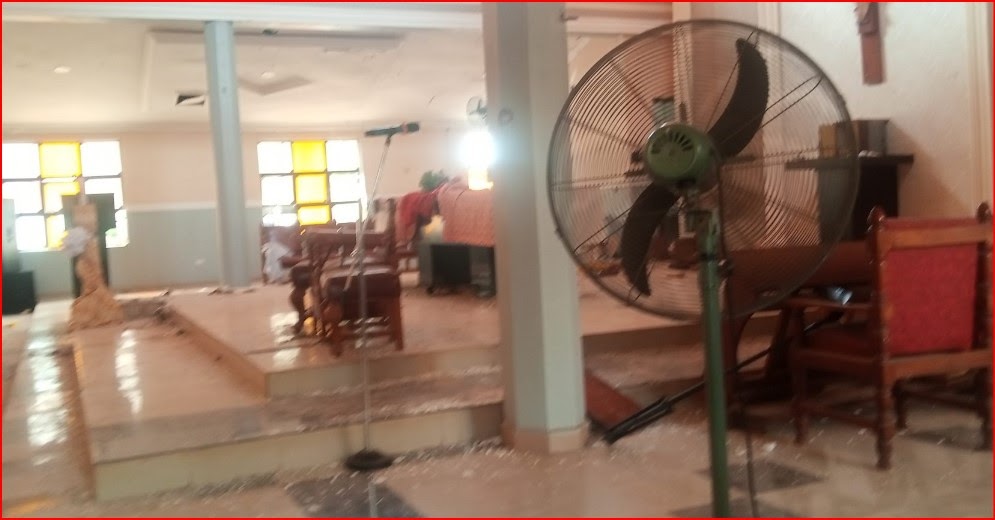 Some eyewitnesses have narrated how the attack on St Francis Catholic Church, Owo, headquarters of the Owo Local Government Area of Ondo State, happened on Sunday June 5, 2022.

One of them, identified as Taiwo, said he was approaching the church when he noticed the people fleeing and had to come to a halt.

He added that he was only able to see the attackers, four men, getting into a green Volkswagen car.

He claimed that some Amotekun Corps members arriving in their car gave the hoodlums a furious chase, adding, “I learned the gunmen abandoned their vehicle and fled.”

According to another eyewitness, the congregation was taken off guard when the hoodlums began firing.

He stated that some of the worshippers fled to avoid being shot while the attackers threw dynamites inside the church, blowing off the altar.

He claimed that the church was filled up, with no fewer than 500 people inside when the gunmen opened fire.

The gunmen allegedly used dynamite to blow up the church’s altar during the service, causing part of the altar to cave in as the gunmen shot many worshipers.