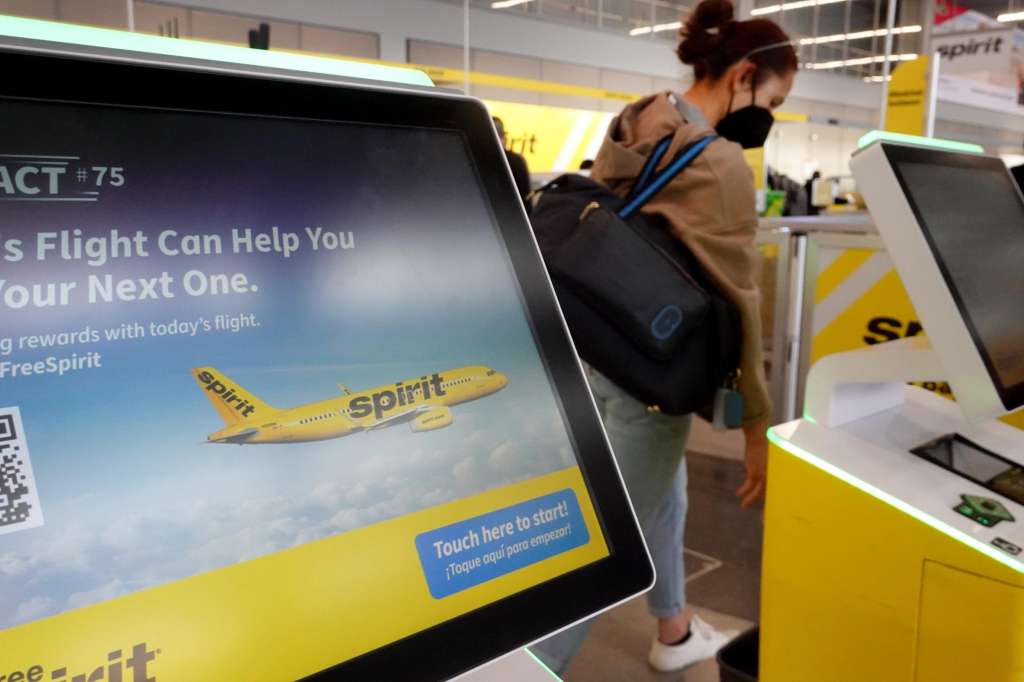 (CNN) — Spirit Airlines said it will stick with its deal to be purchased by Frontier Airlines, rejecting a more lucrative competing offer from JetBlue Airways.

The airline said it doesn’t believe regulators would allow JetBlue to buy Spirit.

“We believe a combination of JetBlue and Spirit has a low probability of receiving antitrust clearance so long as JetBlue’s Northeast Alliance with American Airlines remains in existence,” said a letter from Spirit to JetBlue released early Monday. “Given this substantial completion risk, we believe JetBlue’s economic offer is illusory, and Spirit’s board has not found it necessary to consider it.”

JetBlue announced Monday that it was offering Spirit a $200 million break-up fee if the deal is not completed for antitrust reasons. But a spokesperson from Spirit said the company’s board rejected the break-up fee offer, too.

In February, Spirit agreed to be purchased by Frontie in a stock-and-cash deal valued at that time at $25.83 a share for each Spirit share. Given Friday’s closing value of Frontier’s stock, it is now worth a bit less – $22.42 a share.

In March JetBlue announced an all-cash offer of $33 a shares It did not raise that offer price in what it referred to as an “enhanced” offer in its Monday statement, with the $200 million break-up fee being the primary enhancement.

Both Spirit and Frontier are so-caled ultra-low cost carriers, offering very low base fares but charging extra for just about everything else — even carry-on baggage.

Spirit thinks the Justice Department is unlikely to approve a deal in which an ultra-low cost carrier was purchased by a higher fare airline, raising fares for consumers, the company said in its letter to JetBlue.

The Biden administration has indeed been taking a much more active approach in promoting competition and challenging mergers on antitrust grounds.

For example, in September the Justice Department filed a federal suit to try to terminate the alliance between American and JetBlue, even though that’s not a full merger. DOJ argued it raised prices and reduced choice for air passengers traveling to and from major cities in the Northeast region. American and JetBlue deny that charge and are fighting the suit in court.

The more active stance on antitrust rules and competition in the airline industry comes after two decades that saw 11 airlines merged into four major carriers — American, United, Delta and Southwest — that among them carry more than 80% of the nation’s air traffic.

If Frontier’s purchase of Spirit goes through, the merged company would leapfrog JetBlue and Alaska Air based on the number of miles flown by paying passengers, according to 2021 statistics. That would make it the fifth-largest carrier.

“Spirit believes that merging with Frontier will enable the combined ultra-low cost carrier business to achieve scale, improve operational reliability, have increased relevance to consumers, and do an even better job of delivering ultra-low fares to more consumers and competing more effectively against the Big Four carriers, as well as against JetBlue,” said Spirit’s letter to JetBlue Monday.

JetBlue did not immediately respond to a request for comment on Spirit’s rejection of its offer and whether or now plans to pursue a hostile bid to buy Spirit.

Shares of Spirit fell 7% in premarket trading Monday on the announcement, while Frontier share fell about 2%. Shares of JetBlue moved slightly higher.