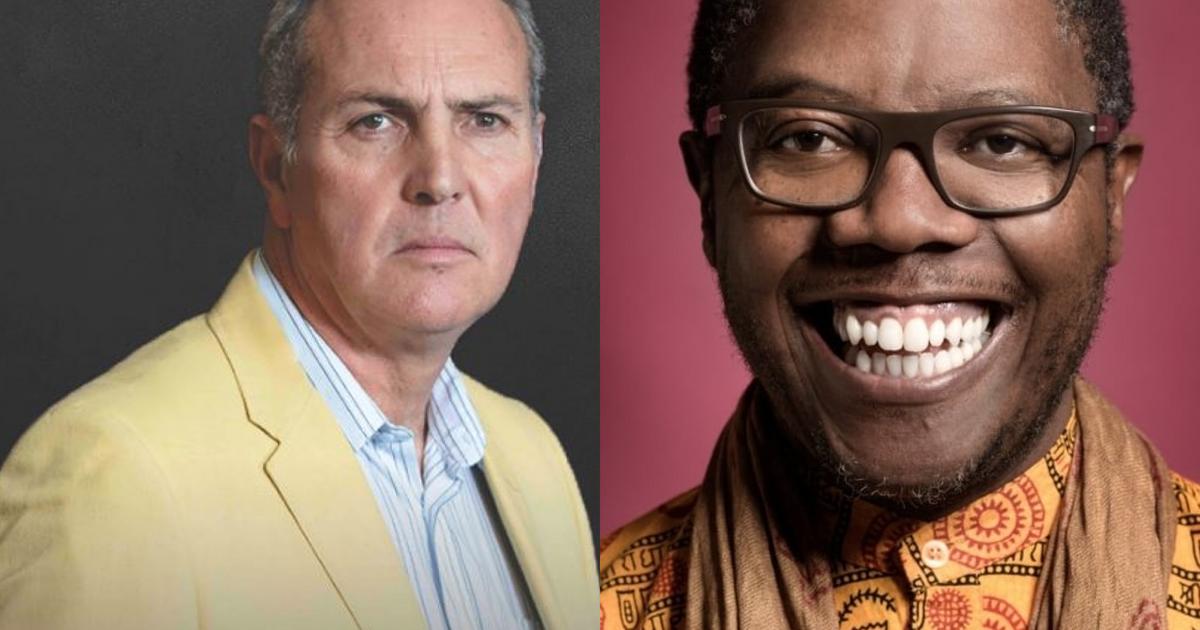 Set in 1980, in Pretoria, the thriller follows three young freedom fighters who set out on an anti-apartheid sabotage mission but turn to taking a bank and its occupants hostage in exchange for the release of Nelson Mandela.

While the sensational historical event is based on three young men – Stephen Mafoko, Humphrey Makhubo and Wilfred Madela, Mandla’s story takes a new approach to the story, pushing forward characters with lenses that view racism differently.

Mandla’s introspection when it comes to the film’s characterisation will leave anyone curious to learn as much about the intriguing historical event. The personalities held hostage in the bank literally represented an era, school of thought, belief system that saw the struggle of the ‘trio’ differently.

Pulse recently caught up with Mandla Dube and one of the film’s leading actors, Arnold Vosloo, to talk about developing the ‘Silverton Siege’ characters, inspiration behind the film and filming amid the Covid-19 pandemic. Read the full interview:

What inspired you to tell this intriguing story from South Africa’s apartheid history?

Well the story didn’t start now. It’s a story that has stuck in my head since I was about 9/10 years old.

I saw it reported on the newspapers. My dad actually brought the papers, showed it to us and said this is what young people are doing. You know, what are you going to do to be able to fight for what you believe in.

Lo and behold, my sister and I were in a car with him and we were driving from a bookstore – right around the corner from where we shot by the way, and it so happens that the character that Arnold plays drove right next to our car and my dad said, that is the police man who led the SWAT team into the bank during the Silverton siege.

So it’s stuck in my mind from way back then. When I started lecturing at the university, I got reintroduced to the content when a student told me that his uncle was the commander during the siege. That’s when I knew I had to tell the story, for my students and youths around the world. How beautiful that three young people led the freedom movement in South Africa.

Arnold, what was your reaction after reading the script?

My first reaction was that I wanted to play Terra (played by Noxolo Dlamini). I wanted to be the badass girl that beats up all the guys but that wasn’t going to happen. No, but I was thrilled to get the script for this part. It was so well rounded and crafted in the writing and Mandla and I worked further in fleshing out the characters and building somebody that perhaps starts the day as one kind of person and by the end of the day is a completely changed man.

That was part of the journey and what we were working for and I am pleased that we made it to the screen.

An intriguing part of the film is how each character sees racism through a peculiar lens. Let’s talk about the character with albinism.

With that in mind, I thought let’s take it a bit further and try to explore a character who brings up the conversation about skin colour and dispel racism. Also, in another way, people with albinism are treated horribly. By the way, I had been introduced to Michelle, she happened to grow up in my neighbourhood so I thought we would write the character for her, conceptualise it around demystifying racism. It was also a way of giving a voice to people with albinism.

Was the message of the film intentionally targeted at reigniting the fighting spirit in young people ?

The film was very intentional as we considered how do we give young people access in the mind, to go out there and grab it, go for it and internalise what freedom means to them.

It’s not just young people in SA but across Africa, to be able to question their leaders and demand a change.

’Silverton Siege’ will release on the 27th of April which is freedom day in South Africa. I hope that when people watch the film, they come away with a sense of pride in the original trio and that these men died so that people could be free and films like this could be made and that people after they watch the movie, that they go online , like I did, to read up about the silverton siege

When I first got the script, I went and googled about the siege and the trio cause I had never heard of it.

It was tough like there were all sorts of rules but everybody, not just the cast but the crew were so dedicated.

Covid-19 has become a part of the world but we used the energy to make things work. You know at one point, we had about 300 crew and cast on set and we only had one Covid-19 case which actually was a scare, an intern in the camera department.

Then fortunately, with partners like Netflix they were able to support with testing and more. So while it added time to the schedule, it was great and we used it as energy to make the film.