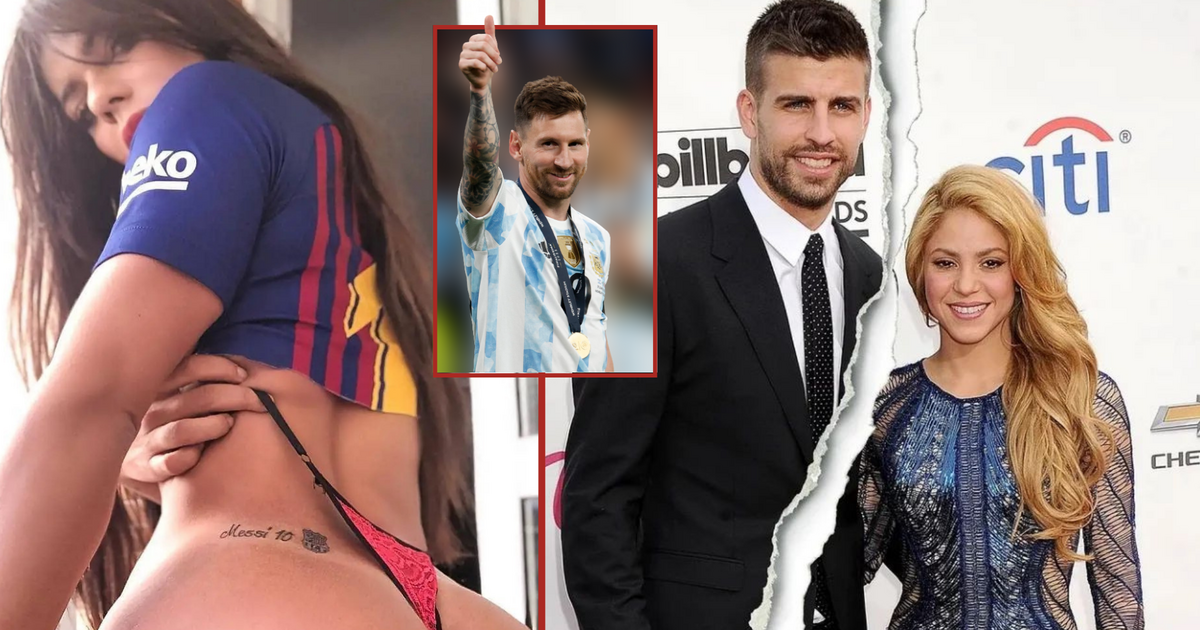 From the desperate struggle to leave the ‘Sapa’ train for good and sign players to the recent series of controversy surrounding their star defender Gerard Pique, after reports confirmed his split from longtime girlfriend Shakira on Saturday, June 4, 2022.

The Blaugrana centre-back’s reputation has taken a massive hit after recent allegations of infidelity, and a recent report published by Marca isn’t certainly helping his case at the moment.

The 35-year-old defender was also reported to have been in direct contact with the Instagram model for a considerable period of time.

Speaking to New York-based publication El Diario NY, she revealed that she met the Spanish centre-back through former Barcelona president Sandro Rosell, revealing that he constantly kept inquiring about when she would be in Europe while quizzing her on the size of her back-side.

“I was a friend of the former president of Barcelona, Sandro Rosell. When Pique found out, he asked me for my number and sent me a message.

When I returned to Brazil, he sent me a message directly on Instagram – which he deleted every day – asking me when would I return to Europe and always asking me how big my butt was.” she said.

Suzy Cortez opens up on Pique and other Barcelona stars

Cortez also took time to expose in her tell-all interview, the Blaugrana players and how they were no different from Pique with the exception of former stars Lionel Messi and Philippe Coutinho.

“I have never said this out of respect for Shakira, but now I am going to tell you everything I know and it happened to me.”

According to her quotes, Messi and Coutinho were the only members of the squad at the time who had refrained from reaching out to her via illicit text messages.

She also credited and heaped praise on the duo, whom she labelled as ‘responsible’, admitting that their wives made the best choice after all.

“Pique was the one who sent me the most direct message. The only Barcelona players who never sent me anything were Messi and Coutinho. They are great husbands and respect their wives a lot.”

The Brazilian model has been a vocal fan of Lionel Messi in the past and has paid tribute to the Argentine legend on a number of occasions via her social media.

Gerard Pique is a master of controversies

Suzy Cortez also shared her sympathy for the Colombian songstress Shakira – whom Pique had been dating for over a decade, while claiming that recent reports of the Catalan defender’s infidelity had convinced her to bring her story to light.

Gerard Pique on the other hand is still yet to respond to any of the allegations levelled against him and yet again keeps posing the big question to the ladies around the world today, loudly screaming – ‘What do men actually want?!’

Meanwhile, Barcelona continue to be rocked by one controversy after another over the past year and recent reports of Pique’s behaviour is only causing more harm than good to the club’s reputation.