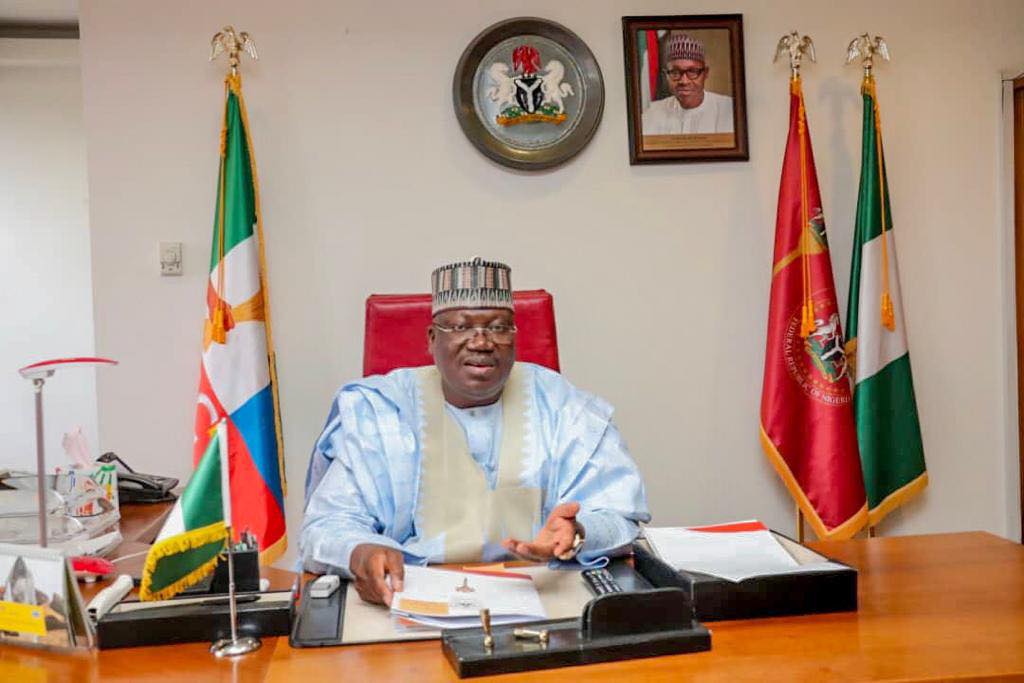 The Senate President, Ahmad Lawan, will this week declare his intention to run for the presidential ticket of the All Progressives Congress (APC), barring a last-minute change of plans.

Sources close to Mr Lawan said he had been testing the waters for months and eventually decided to make the declaration after Sallah at the end of the Islamic month of Ramadan.

The APC will close the sale of its expression of interest and nomination forms on Friday and Mr Lawan is expected to announce his interest before picking the forms.

When he does, he would become the second person from the Northern part of the country to seek the APC presidential nomination after Kogi Governor Yahaya Bello.

It was implied that the APC had zoned the ticket to the southern zones after early this year agreeing that North and South would swap the national party offices they were holding before the March 26 National Convention of the party.

The convention saw the emergence of Abdullahi Adamu as the first National Chairman of the party from a northern zone.

With President Muhammadu Buhari rounding up his second term, it was assumed that his successor would come from the other side of the Rivers Niger and Benue.

However, on Friday, Mr Adamu said the APC was yet to take a decision on zoning, and by implication on where its presidential candidate will come from.

Mr Lawan has been at the National Assembly since 1999, serving two terms in the House of Representatives before moving to the Senate in 2007.

He made a failed bid to be Senate President in 2015 when Bukola Saraki won the seat despite the APC, the new ruling party at the time with a sizeable majority in the Chamber, nominating Mr Lawan for the position.

He eventually became the Senate (Majority) Leader, a position he held until his election in 2019 as Senate President.

Last week, two businessmen in Abia State, Ukaegbu James and Nnanna Kalu, said they would issue cheques of N200 million to Mr Lawan and the Chief Whip of the Senate and former governor of Abia, Orji Kalu, to buy the APC presidential expression of interest and nomination forms.

Before then last year, posters of Mr Lawan had appeared in Damaturu, the capital of his home Yobe State, and some other northern cities, signed by groups of northern youths begging Allah to provide guidance for Mr Lawan in his decision on the 2023 elections.

Although he has never spoken in public about a presidential ambition, sources close to him said he has the support of prominent leaders from the north and a businessman with a deep pocket.

“I don’t know on what day he will pick his forms, but he will definitely declare this week,” an associate of Mr Lawan who asked not to be named because he was not authorised to speak on the development to journalists, said.

“He had been under pressure to run for president and I am aware that he has spoken with many of our leaders on this issue,” the associate said.

However, when asked for his comment on the development on Sunday, Mr Lawan’s special adviser on media, Ola Awoniyi, said he had no information on it.