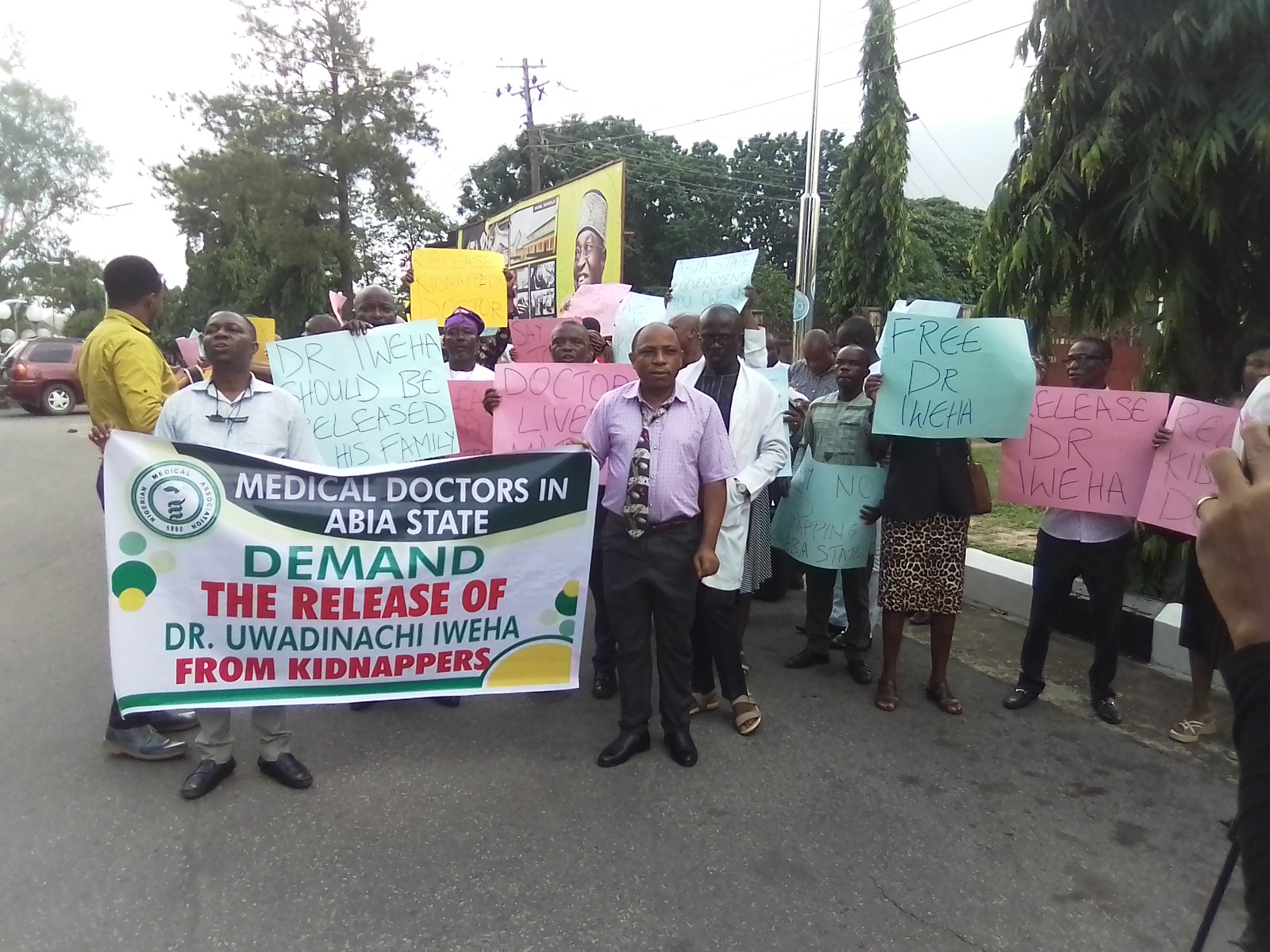 The Abia State branch of the Nigeria Medical Association, on Friday, protested the abduction of their senior colleague, Professor Uwadinachi Iweha, and urged Governor Okezie Ikpeazu to assist in securing his release.

According to the state chairman, Dr. Chimezie Okwuonu, Professor Iweha was kidnapped in front of his country home in Umuajameze Umuopara in the Umuahia South Local Government Area of the state on the June 6, 2022. Okwuonu sad, “Up till now, nothing has been heard about him.”

In their peaceful protest carrying placards with different inscriptions, including “Dr Iweha should be released”, Doctors’ lives matter”, among others, the doctors demanded for the immediate release of the victim.

Dr. Okwuonu told the governor, who was represented by his Chief of Staff, Okey Ahaiwe, that “We are here to register our displeasure over the kidnapping of our senior colleague,” adding that the incident was “depressing and dehumanising.”

According to him, arising from their meeting held at the Federal Medical Centre, Umuahia, the doctors demanded for Iweha’s immediate release, stating that “if not, in the next 48 hours, we will embark on strike.”

They also requested that the federal government and state government should prevent further occurrence.

While urging members to pray for the release of Prof. Iweha, the Abia NMA boss pleaded with Ikpeazu to put all machineries in motion to ensure Prof. Iweha is released.

Responding, the COS assured that the state government and security agencies would not rest until Prof. Iweha is released.