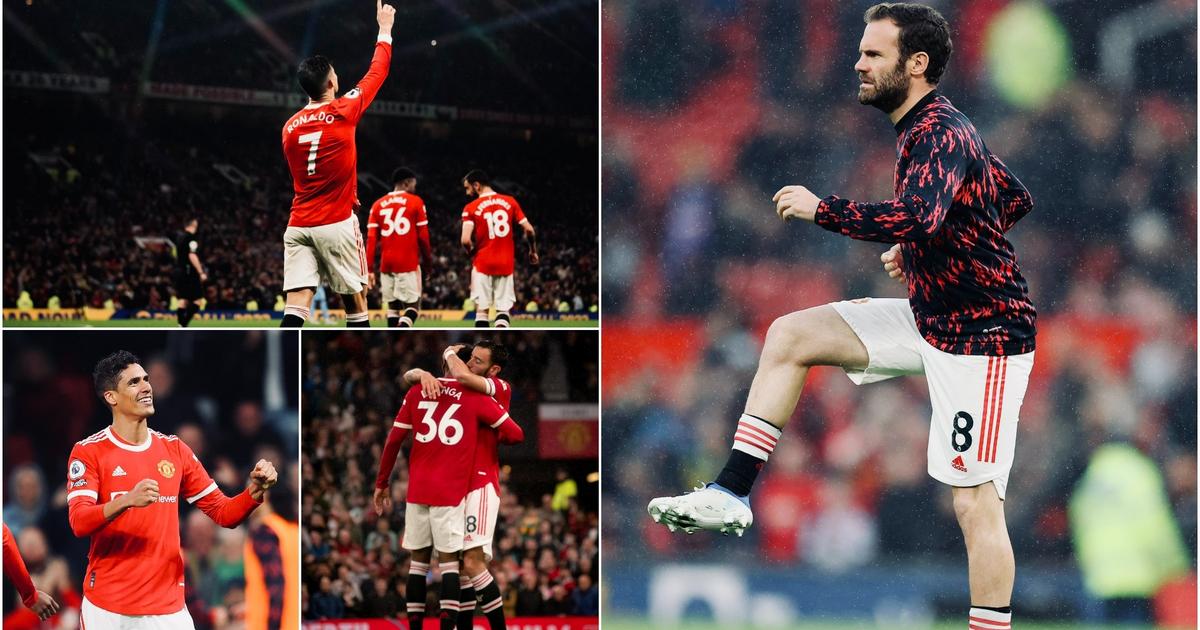 Manchester United recorded a 3-0 victory against Brentford in a Premier League fixture played at Old Trafford on Monday, May 2, 2022.

The Red Devils wasted no time to take the lead as captain Bruno Fernandes converted a ball through to him by teenager Anthony Elanga.

Just before the halftime break, Cristiano Ronaldo put the ball in the back of the net but was ruled out by the Video Assistant Referee (VAR).

In the 60th minute, Brentford defender Rico Henry made an overly-aggressive challenge which resulted in a penalty.

In the 74th minute, Raphael Varane connected with a corner kick from Alex Telles for Manchester United’s third of the game.

Manchester United would hold on to record a comfortable win to keep their hope of Champions League football next season alive.

Mata made a difference in the game as Manchester United have made 400+ passes in the first half of a Premier League game for the first time this season.

In the 75th minute, Rangnick decided to substitute Mata for Phil Jones. The 34-year-old midfielder received a huge round of applause from the fans at Old Trafford.

After the game, Manchester United fans were pleased with a comfortable victory on Eid al-Fitr.

It was incredible to see Ronaldo find the back of the net again but the top of trend was dominated by Mata.

Mata joined Manchester United from rivals Chelsea eight years ago and has been a fan favorite.

It was his last game at home for the Red Devils and the fans at Old Trafford appreciated him on social media.