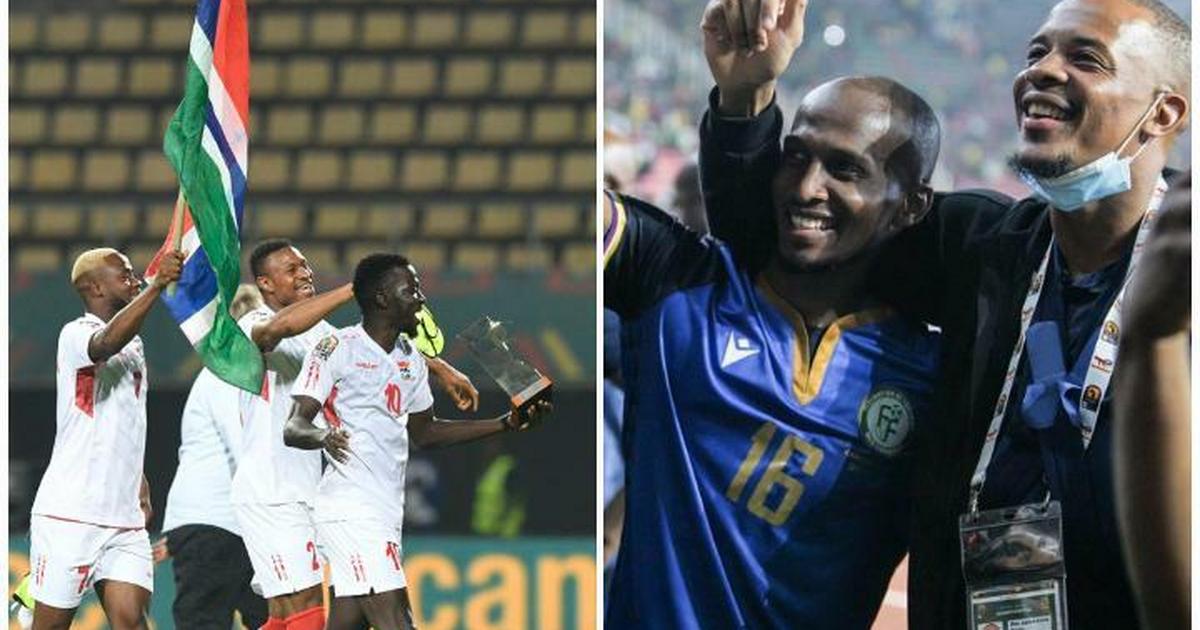 
Gambia will continue their impressive and historic run in the AFCON 2021 after a brilliant 1-0 victory over favourites Guinea.


Musa Barrow was the hero for the Gambia this time after the wide forward latched onto an excellent through pass from Yusupha Bubb to calmly slot home the winner with 19 minutes left to play.

The Scorpions, who are the lowest-ranked team in the tournament and playing in their debut AFCON, put on a defensive masterclass to register their second consecutive clean sheet and third in four matches at the AFCON 2021.


Guinea struggled to create anything tangible without their inspirational leader, Naby Keita, who was suspended for the game, while the Gambia had a player sent off three minutes from time.

Up next for Gambia, they are up against the host country Cameroon, who also secured a crucial win in the second round of 16 match of the day over Comoros.


AFCON 2021 hosts, Cameroon, survived a late scare from another debutant, Comoros, to seal a 2-1 win and a place in the quarterfinals.

Les Coelecantes won several hearts with their display after giving the Indomitable Lions a scare despite being depleted due to COVID-19.


Comoros had their left-back, Chaker Alhadhur, as the goalkeeper and played the majority of the game with 10 men after defender Nadjim Abdou was sent off in the 8th minute.


Toko Ekambi and Vincent Aboubakar scored in either half to give the home side a 2-0 lead. But Comoros wouldn’t go down without a fight.

Youssouf M’Changama’s stunning free-kick from 0ver 40 yards pulled one back for the Coelecantes but it turned out to be nothing but a consolation for gallant Comoros.


Cameroon was made to sweat and work for the win despite the odds against the debutants, who forced Andre Onana in goal for the hosts into making six saves in the game including a double save in the second half.

Cameroon progressed to the last eight while Comoros exits the competition but have plenty to be proud of after a valiant performance in their first-ever Africa Cup of Nations.