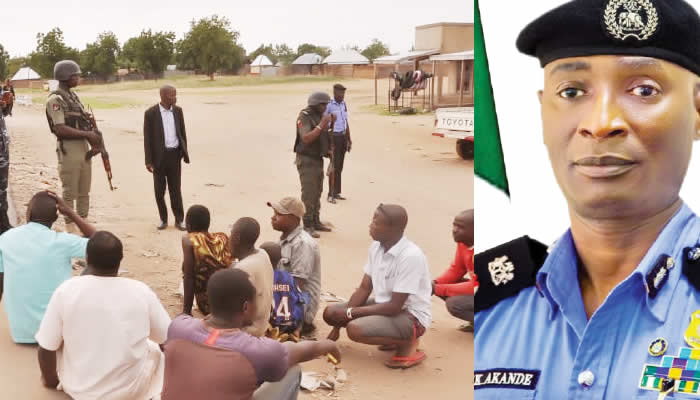 Fresh violence between the Lunguda and Hausa settlers in Boshikiri has claimed over 30 lives with several homes and property destroyed.

The conflict raged for two days and spread to Lafiya, Mumseri, Mere, Kupte and Zakawon communities, on Wednesday, forcing the state governor, Ahmadu Fintiri, to impose curfew on troubled areas to restore peace and order.

The governor in a message warned troublemakers to desist from testing his will; vowing to be hard on anyone caught fanning the embers of conflict in the area.

In a statement by his press secretary, Humwashi Wonosikou, the governor said he was disturbed by the recurring communal clashes in the areas.

He noted that to avoid further deterioration of the ugly situation and to protect lives and property of citizens, he directed the imposition of curfew from 5pm to 6am from Wednesday June 8, 2022. The governor said, “The curfew shall remain in place subject to further review.’’

Both Lunguda and Waja communities located in Lamurde and Guyuk council areas had co-existed peacefully for long but the peace was now threatened by tussle over farmlands.

In 2021, communal violence between the two warring groups resulted in the deaths of over 50 persons and displacement of over five thousand persons from their ancestral homelands.

On Monday, Chairman of Lamurde Local Government Area, Bulus Daniel, confirmed the killing of four persons in fresh violence which erupted in the council.

Following the violence, some security agents were drafted to maintain law and order. However, barely 12 hours after, a local, Zwalatha Ezekiel, from Boshikiri, said youths from the rival Waja-speaking tribe allegedly mobilised to attack Lunguda-dominated communities in Lafiya.

An eyewitness described the violence as intense, adding many houses were razed in Kupthe, Merre and inside Lafiya.

The eyewitness said, “Many houses were razed down overnight from Boshikiri to Lafiya.’’

The state Commissioner of Police, Sikiru Akande, also on Thursday, led his men to restore normalcy in parts of Lamurde and Guyuk LGAs.

A source in the area told our correspondent on Thursday that the district head of Lafiya, Dominic Minakaro, was arrested by the police at his residence in Lafiya-Lamurde.

The police have, however, denied arresting the district head according to the command’s spokesperson, Suleiman Nguroje.