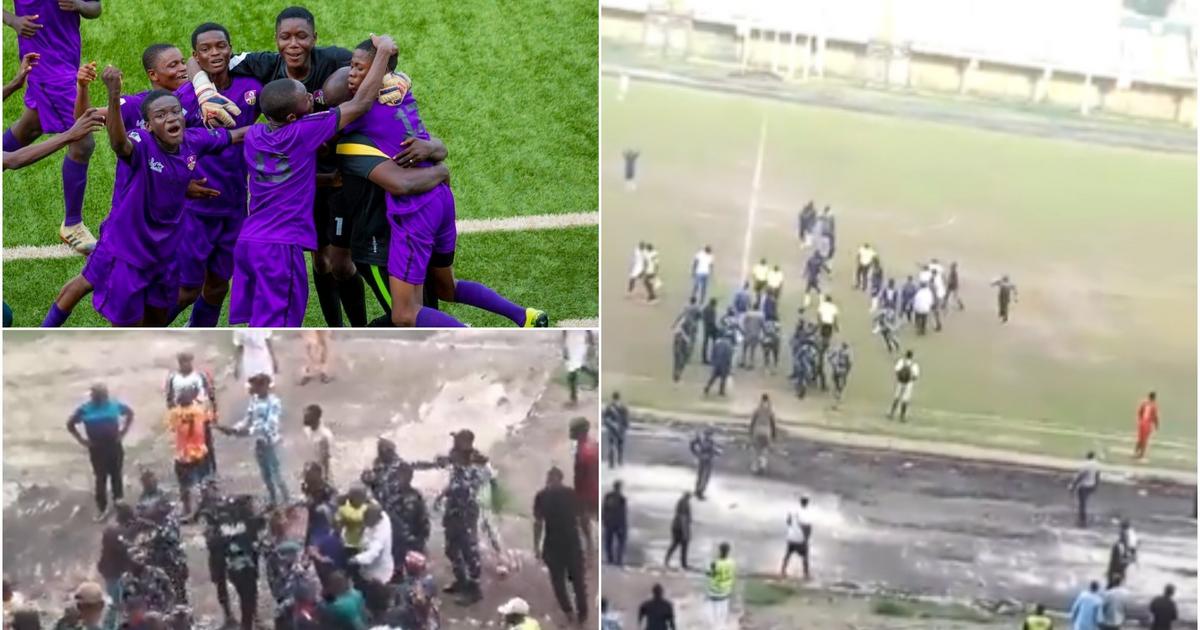 At Agege, a referee was given a heavy blow while Rivers United were reportedly held hostage in Ilorin

There were no goals scored in this encounter as Rangers were able to stifle MFM in front of their home fans at the Agege Stadium Ijaye Lagos.

MFM fans were not happy with the result and blamed the match official for the frustrating result.

The match official was attacked after the game as the Stadium became restless with the outcome.

This is not a new occurrence in the NPFL as violence is often what fans resort to when fans are not happy with the result.

The blow then resulted into a fracas on the pitch as the Nigeria Police Force (NPF) present at the stadium had to interfere.

In a related development, Kwara United suffered a 2-1 loss to Rivers United at State Stadium in Ilorin.