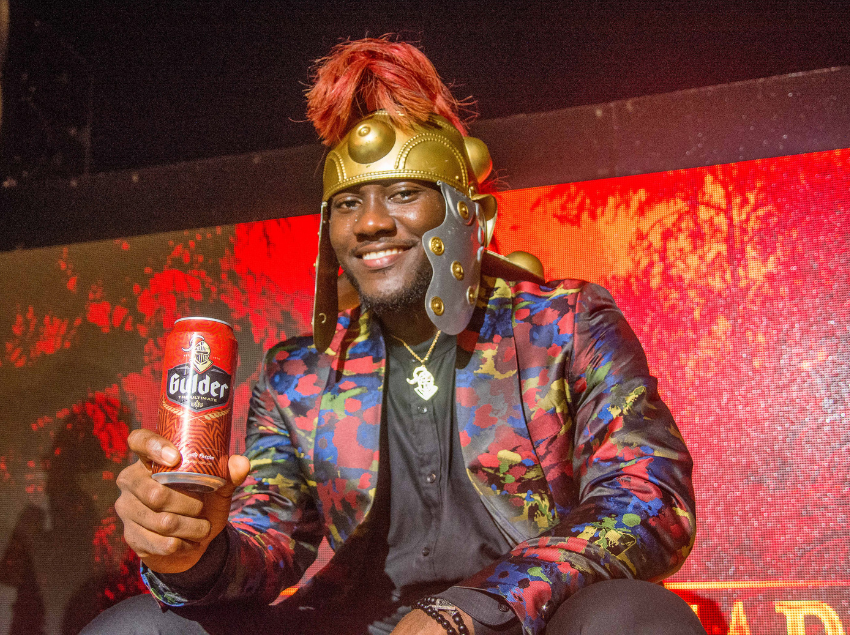 Gulder Ultimate Search Season 12 showed us the journey of a wildcard becoming the ultimate champion. After battling 17 contestants, Odudu Imeh Otu emerged as the winner of the most iconic reality show on Nigerian television.

In the early weeks of the show, most viewers watching would’ve voted Odudu most unlikely to win the show. This wasn’t a judgment of his skills but his initial disposition. Odudu hid in the background and was hardly noticeable but somehow managed not to be evicted. As the show progressed, so did his survival skills.

Although he got into the show as a wildcard, he made sure to put in the work while giving his best performances till the very end.

The event kicked off with celebrity hypeman Do2dtun, who gave his best performance to rile up the crowd and get them in the right mood. Popular actor Gideon Okeke took to the stage to steer the event into full swing. Standing in front of an eager crowd, he presented a gold medallion that would be awarded to all 18 contestants courtesy of Gulder.

Gideon Okeke welcomed the managing director of Nigerian Breweries, Mr Hans Essaadi, to address the crowd. Mr Essaadi thanked the show supporters, praised the contestants for their hard work, and declared them all to be winners.

The ultimate champion, Odudu, was finally welcomed onstage to receive his coveted crown and cash prize of ₦20 million, a brand new Innoson SUV, and an all-expense-paid trip to Dubai.

After being presented with ₦50 million worth of prizes, Odudu expressed joy and gratitude to the organisers and Nigerian breweries for the opportunity.

“I did not hesitate to put in my application, and despite getting into the jungle as a wildcard, I was determined to make the best use of the opportunity. This rare opportunity has changed my life for good, and I am truly grateful to Nigerian breweries, their sponsors and partners, as well as my fellow contestants.” He said.

The event wrapped up successfully, with the contestants well compensated for their efforts and the winner finally crowned. Fans of the show and the winner surrounded Odudu with praise and support as they flocked to the after-party.