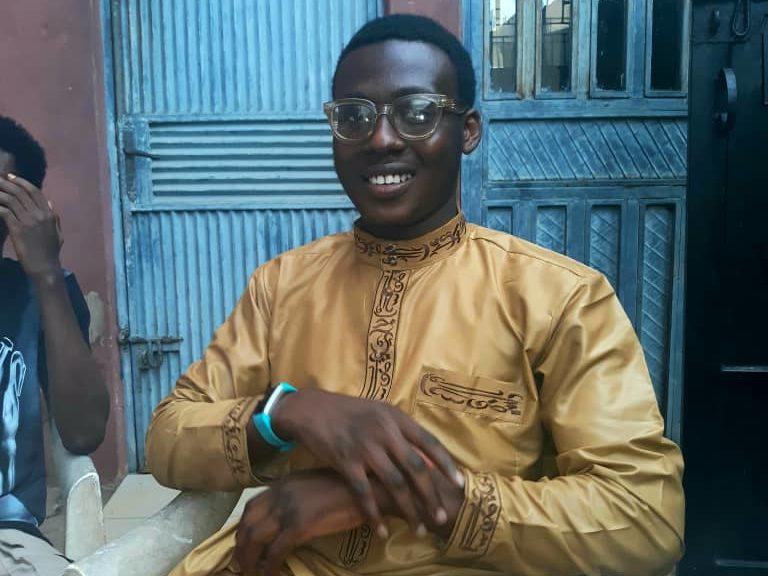 A 19-year-old Nigerian student in Ukraine, Fadlullah Agboluaje, has died a day after arriving the European country to study.

Narrating the incident on her Instagram page on Tuesday, the deceased’s sister, Rofeeha, said her brother left Nigeria to study Sports Science at the Lviv Polytechnic National University in Ukraine on January 8, 2022.

Ms Agboluaje said he was picked at the airport by the school’s representative on January 9.

“On getting to his designated room, he wasn’t happy with the way it looked and also complained that the heater wasn’t effective and my mum told him to request a change of room. So he went to the front desk of the accommodation facility to report to the personnel on duty but, unfortunately, the person didn’t understand English so he ended up reaching out to the liaison officer, the undersigned agent on the letter the school sent before he left for Ukraine,” she said.

“This man asked my brother to see him in the morning the following day.

She said their mother who saw him off from their Ikeja home in Lagos to the airport chatted with him until 11 p.m. Nigeria time on Sunday (January 9). But on Monday, they couldn’t reach him anymore.

“My mum began to panic and began to reach out to different people for help in the afternoon time after we got no response from him all morning,” she said.

Ms Agboluaje said their mother eventually called the liaison officer but “he began to dodge our calls, keeping us in the dark.”

She said when the officer picked up their call, he gave the phone to another student to inform them that Mr Agboluaje was found dead on the floor of his room.

She said the news was shocking because her brother prior to leaving Nigeria did a “complete health check” including the COVID-19 test and vaccination and he was declared healthy.

When PREMIUM TIMES reached out to Ms Agboluaje on Wednesday, she said the liaison officer on January 11 sent her a “blurry” picture of her brother.

“It looked like it was taken in a rush, …I knew that it was my brother but it wasn’t clear and it was only one picture, they haven’t sent any other picture apart from that, there are a lot of things that we don’t have answers to,” she said.

Ms Agboluaje said the family is currently in contact with the embassy but decided to bring it to social media because there seems to be no headway.

Describing the picture on her social media post, she said “…my brother looked asleep in the blue shirt he wore from Nigeria as seen in the picture, fully buttoned up and in a blue thick furred coat.

She told this newspaper that her brother was supposed to start the “preparatory year to learn their language in Ukraine before his demise. She called for the intervention of a “higher authority.”

The family has also raised an online petition to demand the cause of the death of the teenager. As of the time of filing this report, almost 2,000 petitioners had signed it. They also asked, “How did my healthy brother die in Ukraine overnight?”

When this newspaper contacted the Nigerian embassy in Ukraine, they didn’t deny knowledge of the incident.

The embassy representative, who refused to identify himself, said “the authorities are on the case so, we can’t comment on it.”