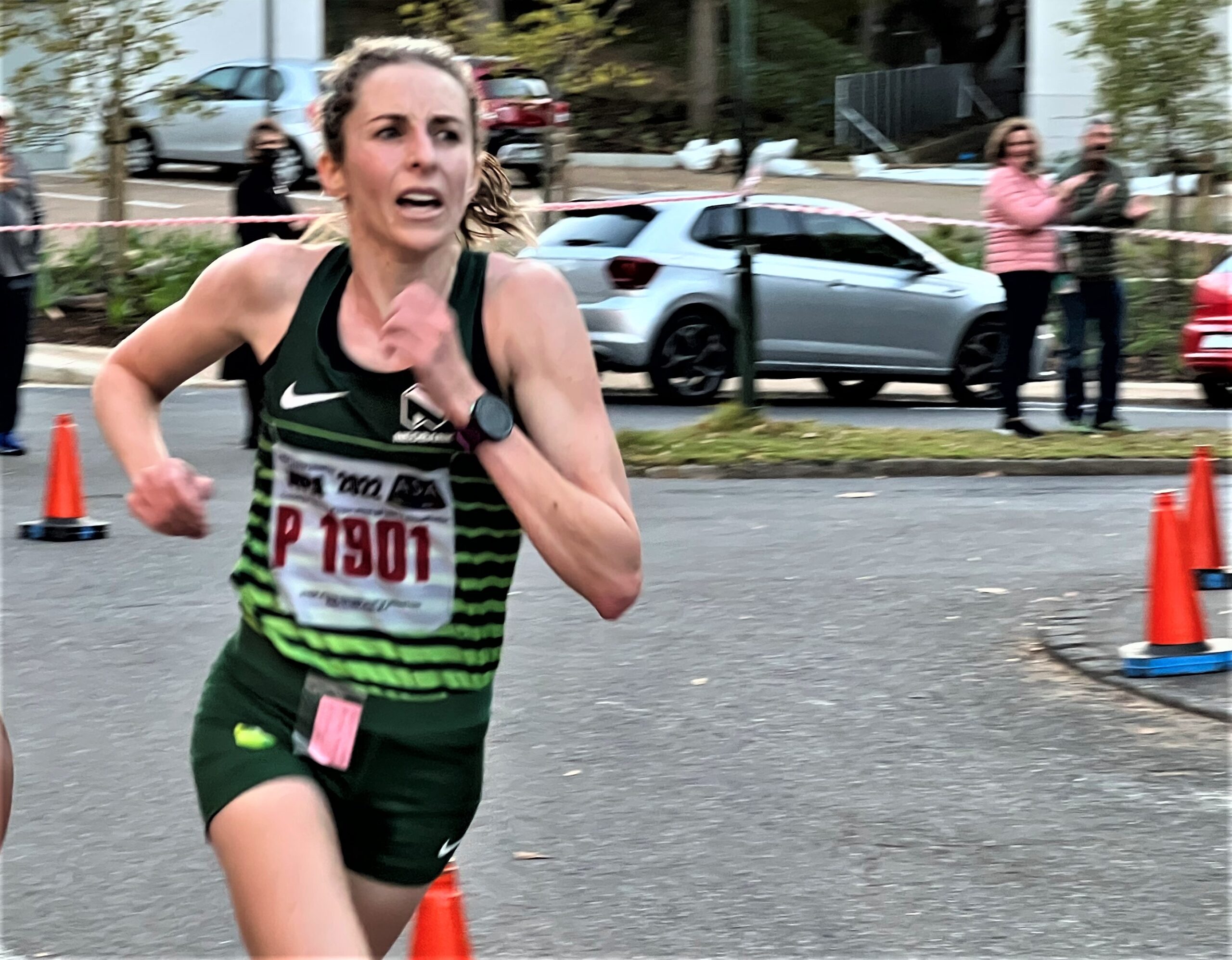 Nedbank athlete, Anel Terblanche, won an exciting UCT 10km Memorial Run from the University of Cape Town campus in ideal conditions this morning (Sunday 1 May), winning the Merrilyn Smith trophy in the 40th anniversary of the event.

Terblanche beat the 36 min target for the R5000 cash bonus by 25 seconds and second-placed Murray and Roberts athlete, Nolene Conrad, by just 13 seconds to clock 35 min 35 sec for the testing course.

This was only the second time in 28 years on the hilly UCT course that two women have finished under 36 minutes, the first back in 1995 when Elana Meyer set the ‘unbreakable’ course record of 32:38 and Two Oceans champion, Jowaine Parrot, clocked 35:59 for second place.

Terblanche and Conrad raced together until the former opened a gap on her rival shortly before half-way. Conrad fought back strongly but ran out of tarmac and was unable to prevent Terblanche from winning R5000 first prize, R5000 time incentive and a Merrilyn Smith designer Tee-shirt.

“I was unaware of the big prize on offer,” admitted Terblanche. “I wasn’t sure if I should have got out of bed so early this morning, but I’m really pleased I did!  I would not have run that time if it were not for Nolene pushing me so hard.”

It proved a good day for Athletes Academy athletes, with Deon Lee Hendricks outrunning his teammate, Philani Sengce, to win by 28 seconds in 30:44. Atlantic’s Star Shayance was third in 31:23.

The young athlete from Elana Van Zyl’s Endurocad academy, Hendricks, ran the second fastest time in the last ten years behind Siboniso Soldaka’s 30:27 set in 2017.  The course record is held by Makhosonke Fika, who clocked a superb 29:28 in 1995.

Also running in the colours of the Athletes Academy was former international track star, Zola Budd, who raced impressively to clock 42:14 in the Masters 50 years category. She was outrun on the day, however, with Nedbank’s Obertina Kanyongo winning by 31 seconds in an excellent 41:43.

Itheko athlete John September turned in a remarkable performance.  Twenty-nine years after he won the race (clocking 29:13 on the old Bellville course in 1993), September took line honours in the Masters 50 years age group, winning today in 37:14.