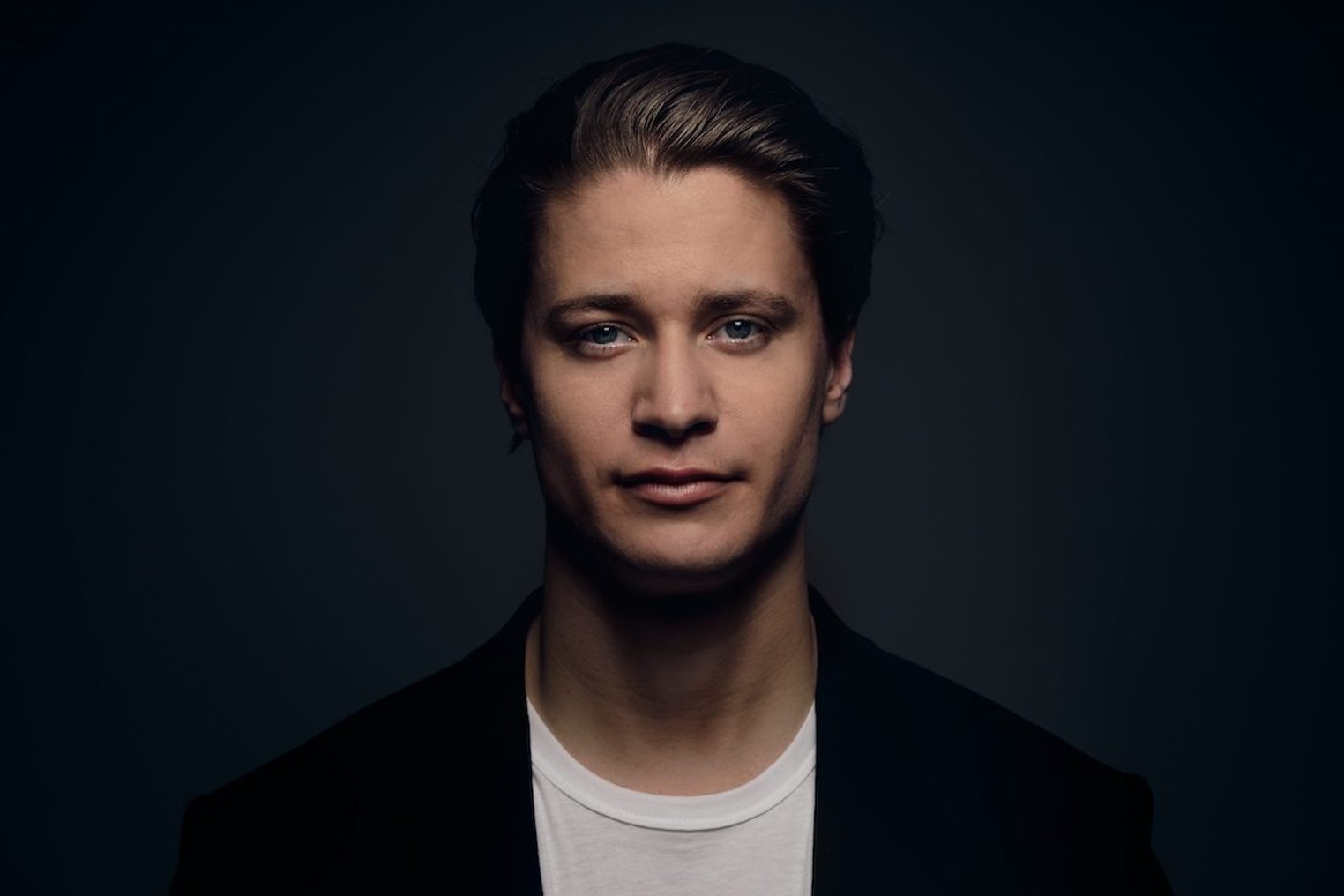 Watch out, Art Basel and Miami Music Week. There’s a new party week in town to give ‘em all a run for their money.

Last month, race organizers announced a ten-year deal for the open-wheel spectacle, so buckle up for a decade of good times. If year one is any indication, there’s a whole lot more to Race Week than super-fast cars: Musicians, world-class DJs, and A-list celebs will converge on the 305, leading to a nonstop, internal combustion-infused fiesta like never before.

Don’t know where to start? Here are some of the best parties during the week of the 2022 Miami Grand Prix.

It’s only appropriate that the week officially kicks off at the site of all the racing action. Norwegian DJ Kygo — known for international hits “Lose Somebody,” “Higher Love,” and “It Ain’t Me” — headlines a star-studded opening party on a massive podium at Hard Rock Stadium’s southern edge, overlooking the fountains and the racetrack itself. Some of the weekend’s big-name drivers will be introduced on the stage where the race’s winners will be crowned. 7 p.m. Wednesday, May 4, at Hard Rock Stadium, 347 Don Shula Dr., Miami Gardens. Tickets cost $100 to $200 via ticketmaster.com.

No, these two aren’t sharing the stage on the same night — that would make for the most amazing evening ever. But Colombian singer and actor Maluma performs for the Miami Grand Prix’s official kick-off concert at the 7,000-seat Hard Rock Live on Thursday. The next day, Mr. “Rockstar” himself, Post Malone, takes the stage. 8 p.m. Thursday, May 5, and Friday, May 6, at Hard Rock Live, 1 Seminole Way, Hollywood. Tickets cost $105 to $605 via ticketmaster.com.

Luis Fonsi, the Chainsmokers, Zedd, Deadmau5, and More at Daer

The Seminole Hard Rock Hotel & Casino might be the place to be during race week. The poolside Daer Dayclub and 44,000-square-foot indoor Daer Nightclub setup are certainly no exception. The nightclub hosts a wide spectrum of performers starting Wednesday, including Luis Fonsi and Ceelo Green (Wednesday), Maluma (Thursday), the Chainsmokers (Friday), Tiësto (Saturday), and Steve Aoki (Sunday). For the sun-soaking crowd, the dayclub lineup features Zedd (Saturday) and Deadmau5 (Sunday). Wednesday, May 3, through Sunday, May 8, at Daer Nightclub and Dayclub, 1 Seminole Way, Hollywood. Tickets cost $40 to $100 via hardrocknightlife.com.

Jamie Jones, Jamie xx, and Disclosure at FTX Off the Grid

If sand under your toes sounds more appealing than the club, head to FTX Off the Grid on Miami Beach for its Sunset of the Sand performances. A collab between Club Space, III Points, and Link Miami Rebels, the three-day experience on the beach near Tenth Street and Ocean Drive includes a lineup of DJs to keep the positive vibes flowing. Headliners include Jamie Jones and Michael Bibi (Friday), Jamie XX (Saturday), and Disclosure (Sunday). 6 to 11 p.m. Friday, May 6, through Sunday, May 8, at Tenth Street and Ocean Drive, Miami Beach. Tickets cost $96.31 to $161.20 via dice.fm.

Promising a blend of fashion, lifestyle, and jams, the three-day Miami Race Nights celebration at the Fontainebleau Miami Beach is pulling out all the stops. The resort’s pool area will morph into a beachside oasis with cabana suites, lawn pods, tables, and daybeds galore (in addition to general admission). Throughout the weekend, you can catch performances by Claptone, Meduza, and Vintage Culture (Friday); Calvin Harris (Saturday); and David Guetta (Sunday). Bonus: All tickets include an open premium bar all night. 8 p.m. to 1 a.m. Friday, May 6, through Sunday, May 8, at the Fontainebleau Miami Beach, 4441 Collins Ave., Miami Beach. Tickets cost $250 to $60,000 via bleaulive.com.

For its Big Race Weekend, the always circus-like Story will leave you with plenty of stories to tell when you get home. The 27,000-square-foot, state-of-the-art venue will host a trio of headliners, including French producer DJ Snake (Friday), “Drip Too Hard” and “Lemonade” rapper Gunna (Saturday), and Dutch DJ Martin Garrix (Sunday). 11 p.m. Friday, May 6, through Sunday, May 8, at Story, 136 Collins Ave., Miami Beach; storymiami.com. Tickets cost $50 to $75 via tixr.com.

Blond:Ish and Diplo at Island Gardens

Some magic is going down at Island Gardens on Saturday. Abracadabra, a self-described female-powered collective “bridging the worlds of music, crypto, web3, magic, and activism,” hosts a dance-filled Miami Race Week party. Cofounder and Canadian producer Blond:Ish serves as the headliner, along with Diplo. Rounding out the bill are Pablo Fierro, Salomé Le Chat, Augusto Yepes, and Roujee Tunes. 6 p.m. to 3 a.m. Saturday, May 7, at Island Gardens, 888 MacArthur Cswy., Miami. Tickets cost $40 to $150 via get-in.com.

Kaskade and Diplo at Oasis Wynwood

Oasis Wynwood is in on the action with two shows. On Saturday, DJ Kaskade hits the outdoor stage, churning out house hits like “Eyes,” “Lessons in Love,” and “Raining.” And on Sunday, Diplo (yes, he is absolutely everywhere this week) closes out the weekend. By this point, if you’ve slacked on your Diplo love, get to Oasis pronto and have a slice of Prince Street Pizza there while you’re at it. 9 p.m. Saturday, May 7, and 8 p.m. Sunday, May 8, at Oasis Wynwood, 2335 N. Miami Ave., Miami; oasiswynwood.com. Tickets start at $40 at oasiswynwood.com.

Us Weekly has teamed up with local event agency Swarm for the four-day Racing Fan Fest at Wynwood Marketplace. Running Thursday through Sunday, the event hosts an official Formula 1 merch store, VR racing simulators, a Red Bull fan zone with F1 cars, a kid zone, and DJs. The event has also partnered with Manhattan nightclub Nebula for three nights of music, including Greg S on Friday and Bassjackers on Saturday. But the most anticipated show will be Swedish producer Alesso’s appearance on Sunday evening. Admission to Racing Fan Fest is free, but you’ll need to snag a ticket (for a fee) to the shows. Friday, May 7, through Sunday, May 8, at Wynwood Marketplace, 2250 NW Second Ave., Miami. Tickets cost $28.33 to $168.82 via dice.fm.