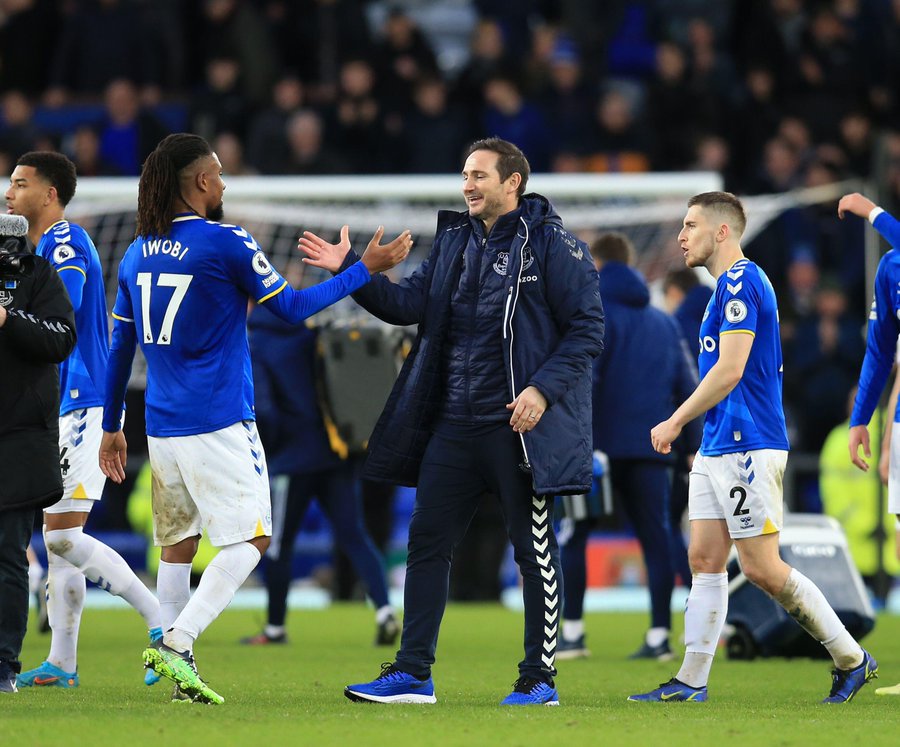 Nigeria’s Alex Iwobi was on for 90 minutes on Sunday for Everton as they battled to a 1-0 win over Chelsea in their Premier League clash at the Goodison Park.

Currently battling to retain their top-four, the Toffees needed all the three points on offer to boost their chance of beating the drop and they did just enough to get the result they craved for.

Brazilian forward, Richarlison, got the all important goal for Everton and it was understandable when he threw a lit flare back toward the Everton fans after picking it up from the field while celebrating scoring.

Sunday’s result saw Everton move two points from safety with five matches remaining and a game in hand over both Leeds and Burnley.

The winning goal over the Blues came 59 seconds into the second half.

Despite the loss to Everton, managed by its former player and coach, Frank Lampard, Chelsea remain third on the log behind Man City and Liverpool.

Elsewhere, Kelechi Iheanacho scored a goal against Tottenham Hotspur on Sunday but it counted for nothing as Leicester City were beaten 3-1 by their hosts.

While Iheanacho played from start to finish for the Foxes, his international teammate Ademola Lookman was a non-playing substitute.

Heung-min Son was the tormentor-in-chief against Leicester as he had a hand in all the three goals scored by his north London club.

Three Lions captain Harry Kane broke the deadlock midway through the first half, heading home a corner from Son.

Son slotted the ball into the bottom far corner to double Spurs’ advantage on the hour mark and made it 3-0 nineteen minutes later with an excellent shot from outside the box.

One minute into stoppage time, Iheanacho netted his third career goal against Tottenham Hotspur, but this time it was inconsequential.

That nonetheless, Iheanacho has now taken his goal involvements to sixteen in all competitions this season.

With Arsenal’s 2-1 win over West Ham United on Sunday, they remain in pole position for the last Champions League spot with 63 points from 34 games.

Spurs on their part are two points adrift with same number of games.