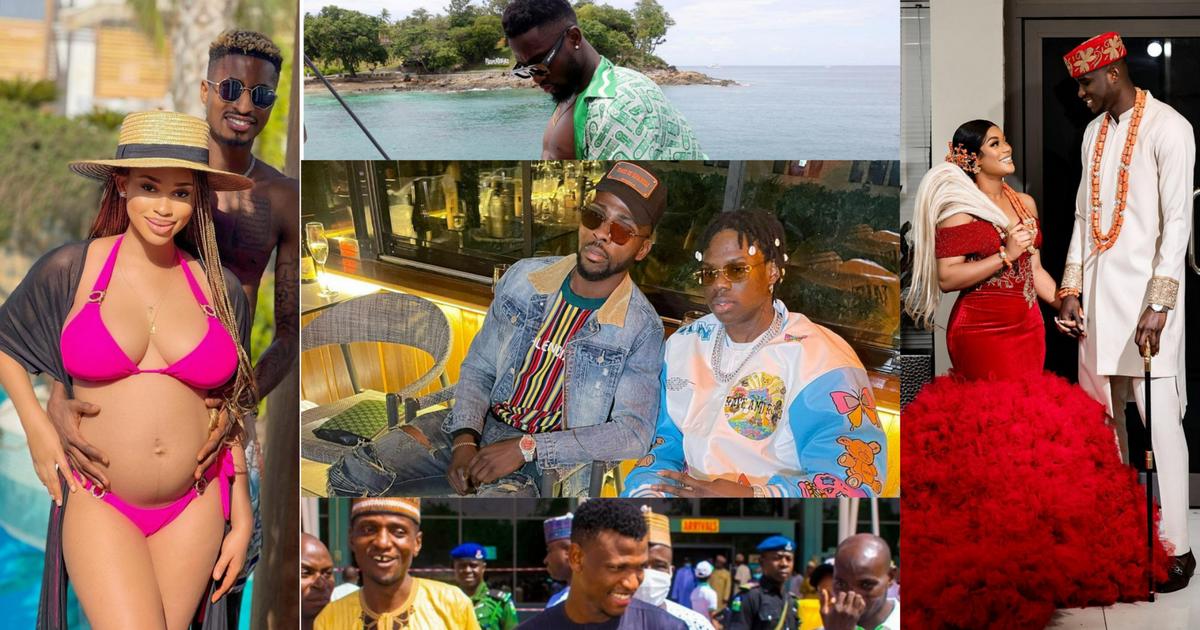 During the mini break from football, scoop takes a look with a roundup of social media activities of Nigerian players .

In this edition of the social media scoop there are several Super Eagles players involved.

Here is a round up of their social media activities.

Along with the photos was a message that said, “Off for some vitamin sea.”

Along with the post was a message that said, “It feels great to return home (Sokoto) after a long season.

“Good to see my friends and family with smiles on their faces. Together, we can build a community that will attract a positive image.

“I am honoured to share such a beautiful moment with everyone.”

Along with the post was a message that said, ‘A forever goal.’

Super Eagles star Peter Olayinka who plays for Slavia Prague is enjoying his break with his partner.

He posted a photo with his pregnant wife with a caption that said, “Vacation with wifey.”

The Owerri man however was able to team up with Nigerian singer and rapper Divine Ikubor popularly known by his stage name Rema.