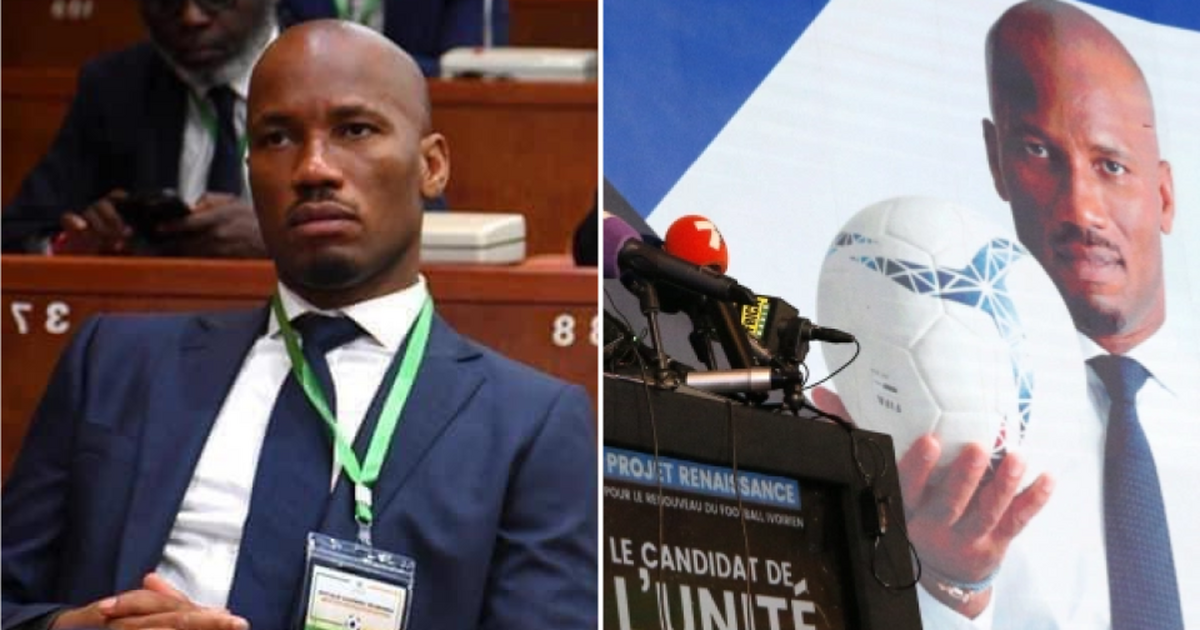 The election which after months of postponement, was held on Saturday, April 23 at the Felix Houphouet-Boigny Foundation for Peace Research in Yamoussoukro, and saw Yacine Idriss Diallo and Sory Diabate advance to the second round of the election ahead of Drogba.

The first round which had a total of 131 votes, saw Diallo: a businessman and vice-president of Ivorian club Afad, win the round with 59 votes and, Diabate: a former vice-president of the FIF, come second with 50 votes. Drogba finished third with 21 votes.

The 44-year-old ex-captain of the Elephants and former striker at Marseille and Chelsea announced at the beginning of 2020 his candidacy, with the intention that his “Renaissance” project, could restore the image of the Ivorian game.

Ahead of the elections, official polls of the electoral college’s 81 members (76 clubs and 5 interest groups) showed that both Diabate and Diallo were largely favourable candidates over Drogba.

Despite receiving backing from fans and several ex-players, including Yaya Toure, the former football star was criticised by his two rivals, and labelled as ‘inexperienced.’

Should Drogba have won, he could have become the second ex-footballer in recent times to assume the reins of football leadership on the African continent: following in the steps of Samuel Eto’o, Cameroon’s current FA president.

Drogba joined five others who were voted in by the public through an online vote and the Premier League Awards Panel.

In appreciation of his induction, the four-time Premier League winner wrote on his official Twitter account: “A real honour to be inducted into the @premierleague Hall of Fame. Thank you so much to everyone that voted and to @chelseafc, the managers, coaches, players and fans that made my time in the PL such an incredible experience.”