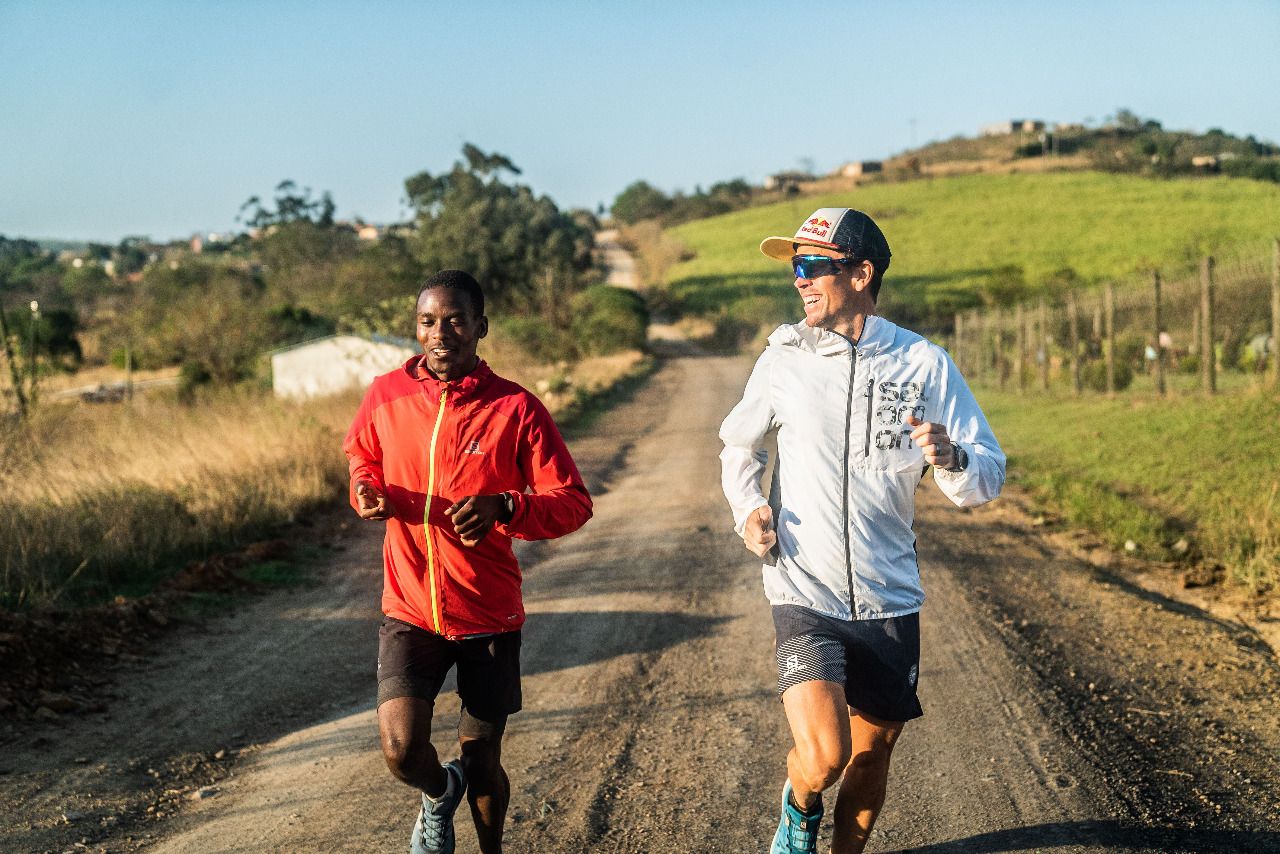 Sinovuyo Ngcobo is not a name widely known in running circles, but a dramatic, close to the earth short film on his life is set to change that. ‘Gijima’, which translates from Zulu into ‘swift runner’, premiers tomorrow (Saturday 11 June) at the school hall at the Durban LIV Village and all indications are that the movie, to be flighted on Salomon TV, will make a significant impact around the world.

The LIV programme provides homes and support for the country’s vulnerable and orphaned children and its offshoot, Liv2Run, aims to impact vulnerable children living at LIV Villages and also from the local community through its running programmes.

While the 26-year-old Ngcobo has not yet established himself as a top-flight distance athlete, his life story and his vision for how running can change his life, as told by Gijima, is a far more powerful transformation agent than mere speed over a trail.

Gijima shuns ‘Holywood-type’ sensationalism to win its audience. It doesn’t have to.  Ngcobo simply tells his life story as it is in the film and shares his thoughts on what running means to him and the result is compelling. Scenes from Ngcobo’s home village and the rural landscapes where he grew up, with supporting inserts from his running mentor, Ryan Sandes, founder of LIV2run, Lindi Meyer, and Ngcobo’s ‘uncle’ Mr Msomi, who raised him, provide added depth to the film.

Shortly before he was given the opportunity to run the Otter African Trail Run in the Southern Cape last October, Ngcobo spoke to SPNAfrica, which carried his story at the time. He was born and attended primary school at Ndwedwe, north of Durban, where he was introduced to different sports, including football, netball and running.

“That is when I fell in love with running,” explained Ngcobo. “But my passion was hindered because my mother and I both had no formal ID. That stopped me from running because I could not take part with the other kids in the school.”

Ngcobo only obtained his birth certificate when he was 16, but just when he was thinking of quitting running, his ‘dreams started to come true’.  “I heard about LIV2Run and joined the team, which took me back to my passion,” Ngcobo related at the time.

Through the involvement of Salomon SA, Sandes became Ngcobo’s mentor and engaged closely with his charge, visiting his home and sharing with him ideas on how to get the most out of running.  “For me it’s been an amazing opportunity,” reflected Sandes yesterday. “In many ways I feel like I have gained more from the programme than Sinovuyo did!

“It’s been a breath of fresh air – to see how he has overcome his struggles to get to where he is now is absolutely incredible and makes me proud to be a South African,” Sandes continued. “I’m often asked how I keep going in a race when it’s really tough. It’s stories like these that really inspire me. We have so much diversity in South Africa but people (like Sinuvuyo) have pulled together in incredible ways.”

For Ngcobo, running and life are synonymous. “Running is where I find myself – it’s part of my life – I can’t do anything without running. When I grew up I was always running – running after the cows and donkeys, running to help with the hunting, running for myself. I just ran everywhere.”

“When my mother died when I was fifteen, I felt completely alone,” Ngcobo acknowledges in the film. “But running was there for me – there’s an honesty to running that is often not there in life itself. Me and Ryan come from different worlds but we are both runners,” says Ngcobo.

Sandes agrees. “That’s the beauty of running – it creates a common bond and breaks down barriers, as I found with Sinovuyo. The official mentorship programme ended in December, but I’m still in touch with Sinovuyo. We’re still continuing with things and Sino will be running Otter again this year.”

Ngcobo continues to benefit from running, both in competition where his progress continues to grow, and in broader aspects of life. A top twenty position in an ultra-competitive Otter African Trail Run last year was followed by an impressive third place in the Ultra-trail Drakensberg Sundowner Run 32km this April, and Ngcobo is already excited about helping others to embrace running as he has done.

He shares Sandes’ passion for passing on the baton. “I would like to use this second chance to help others like me. I would like to coach young athletes and give them the opportunity to follow their dreams as I have begun to do myself.”