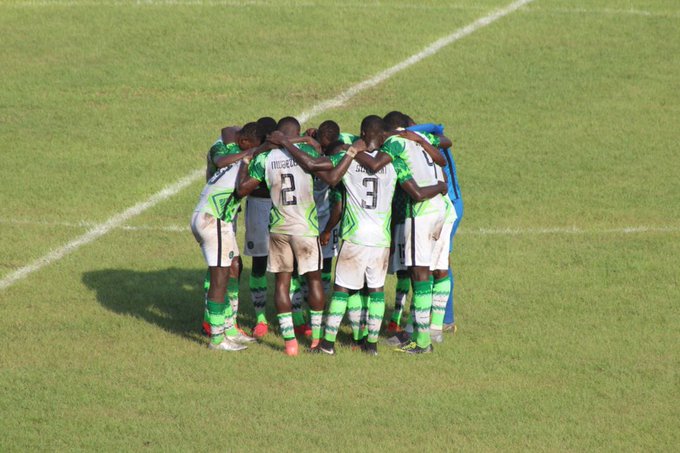 Nigeria’s national U-20 men’s football team, the Flying Eagles, on Friday played a 0-0 draw with Niger Republic in a friendly match.

The game played in Niamey was the team’s first international friendly as the team intensify preparation for the WAFU B U-20 tournament slated for Niger Republic in May.

The Ladan Bosso tutored boys started the match brightly but failed to take their chances in front of goal.

In the second half the Nigeriens piled up the pressure but were repelled by the Flying Eagles defence marshalled by captain Oluwatosin Adegbite and the composed Nathaniel Nwosu in goal who made some brilliant saves.

Bosso ringed the changes later on in the game with most of the midfielders and forwards being substituted but still without a goal.

The coach, after the match assured that the Flying Eagles team will correct some of the mistakes observed, especially its finishing.

The team would play another build up game on Monday before the commencement of the competition which runs from May 7 to May 20 in Niamey.

The News Agency of Nigeria (NAN) reports that the team had earlier played some local friendlies in Abuja before traveling to Niamey on Thursday.

The Flying Eagles, seven-time African champions, are in Group B alongside perennial rivals Ghana and Burkina Faso.

Hosts, Niger Republic, Cote d’Ivoire, Togo and Benin Republic would do battle in Group A.

The top two teams from each group will progress to the semi finals of the competition and only the two finalists would qualify for the 2023 U-20 AFCON in Egypt.