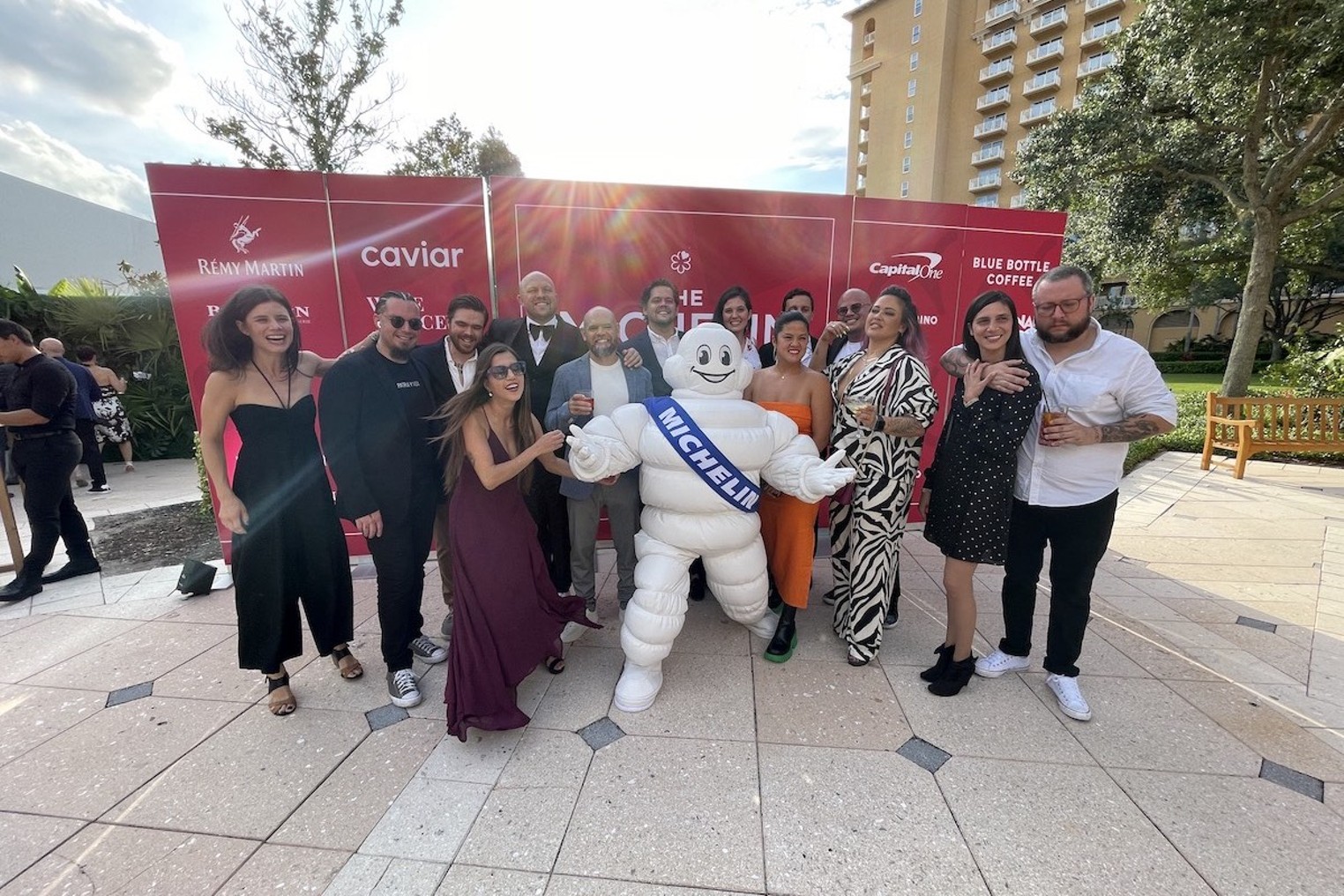 This evening, the Ritz-Carlton Orlando was the scene of the official announcement of which restaurants would be included in the first-ever Michelin Guide in Florida — specifically the cities of Miami, Orlando, and Tampa.

The world-renowned guide was established in Europe when the Michelin Tire Company published a series of guide books in 1900 that listed places for new motorists to visit. The first guide that used a star rating system for rating restaurants came out in 1926, with more than 30 million Michelin Guides sold since.

The guide has evolved into a mark of excellence for diners who seek out Michelin-starred restaurants in their quest for the perfect meal. In turn, entry into the guide signifies that a restaurateur has made an indelible mark on the restaurant community.

The Florida guide, which joins only a handful of guides in the U.S., including New York City; Chicago; Washington, D.C.; and California, is broken down into a rating scale of one to three stars. In addition, restaurants considered “great values” are awarded the “Bib Gourmand” designation — usually reserved for an establishment where a diner can have a good meal for $49 and under. Restaurants considered worthy of inclusion in the guide but not fitting into the above categories receive a “Plate” designation.

“Inspectors found delicious at 118 restaurants with 35 different cuisines,” said Gwendal Poullennec, the international director of the Michelin Guide, during the ceremony.

Here are the Miami restaurants that made the cut:

The Michelin inspectors’ notes on each restaurant can be read here.