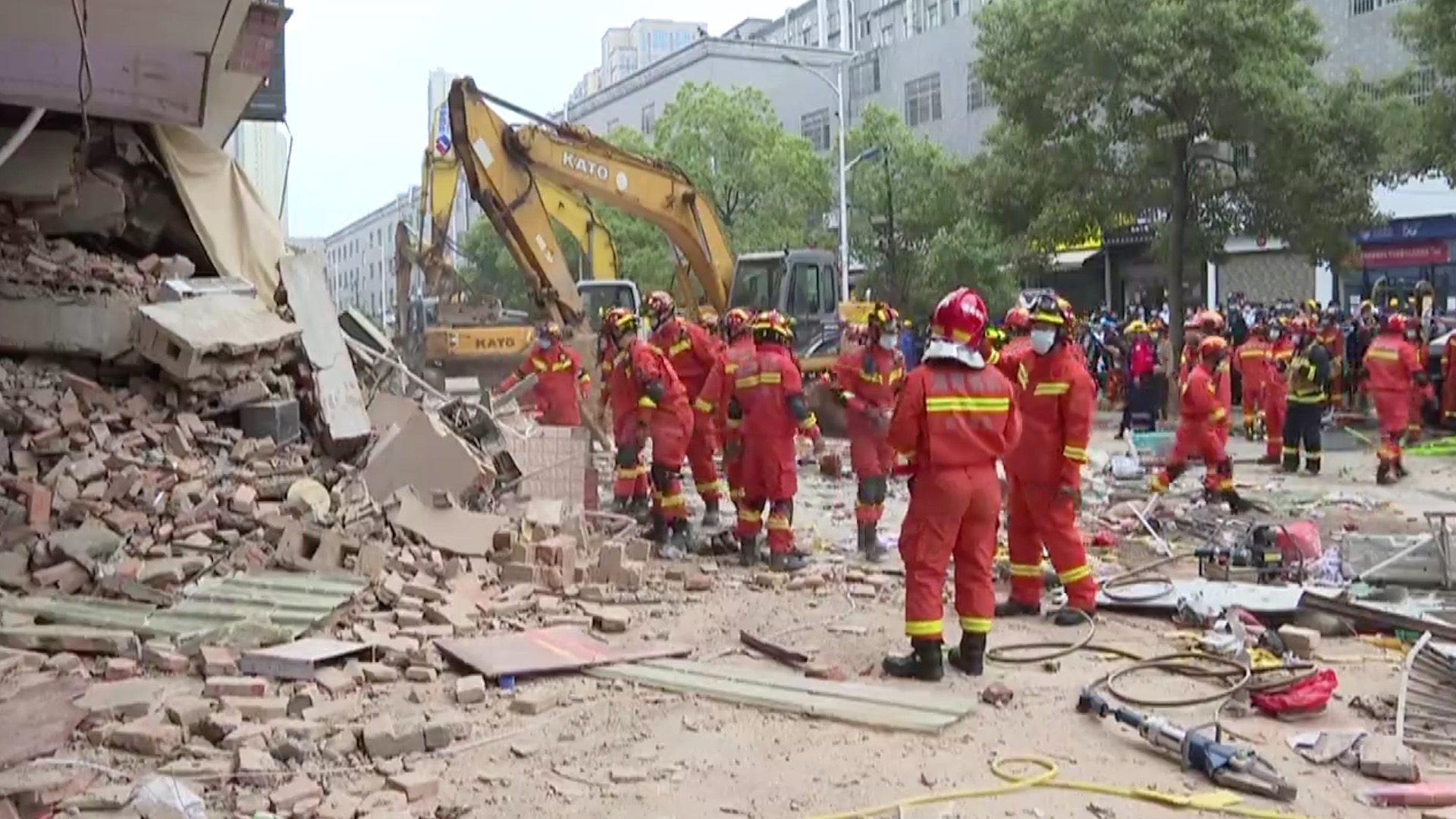 Five people were rescued from a collapsed building in China, authorities said Saturday after emergency teams overnight clawed through the rubble of a structure that housed a cinema and guesthouse.

Authorities are yet to reveal how many people they believe are still buried underneath the six-storey building, which caved in on Friday afternoon in central Changsha city.

No casualties have been reported so far, but an announcement by Changsha said that “search and rescue work is still urgently underway”.

A top Communist Party official was dispatched to the scene, in a possible indication of the severity of the disaster.

State Councillor Wang Yong — appointed by the central government — was sent to lead a team to “guide the rescue and emergency response work”, an official statement said Saturday.

Photos published by state media showed a crumpled roof and railings at the scene, while air conditioning units and other furnishings lay among the debris strewn on the street.

Media footage showed rescuers carrying a person into an ambulance late on Friday and communicating through rubble with those who remained trapped.

Building collapses are not uncommon in China, due to weak safety standards and corruption among officials tasked with enforcement.

In January, an explosion triggered by a suspected gas leak brought down a building in the city of Chongqing, killing more than a dozen people.

Twenty-five people also lost their lives in June 2021 when a gas blast hit a residential compound in the city of Shiyan.