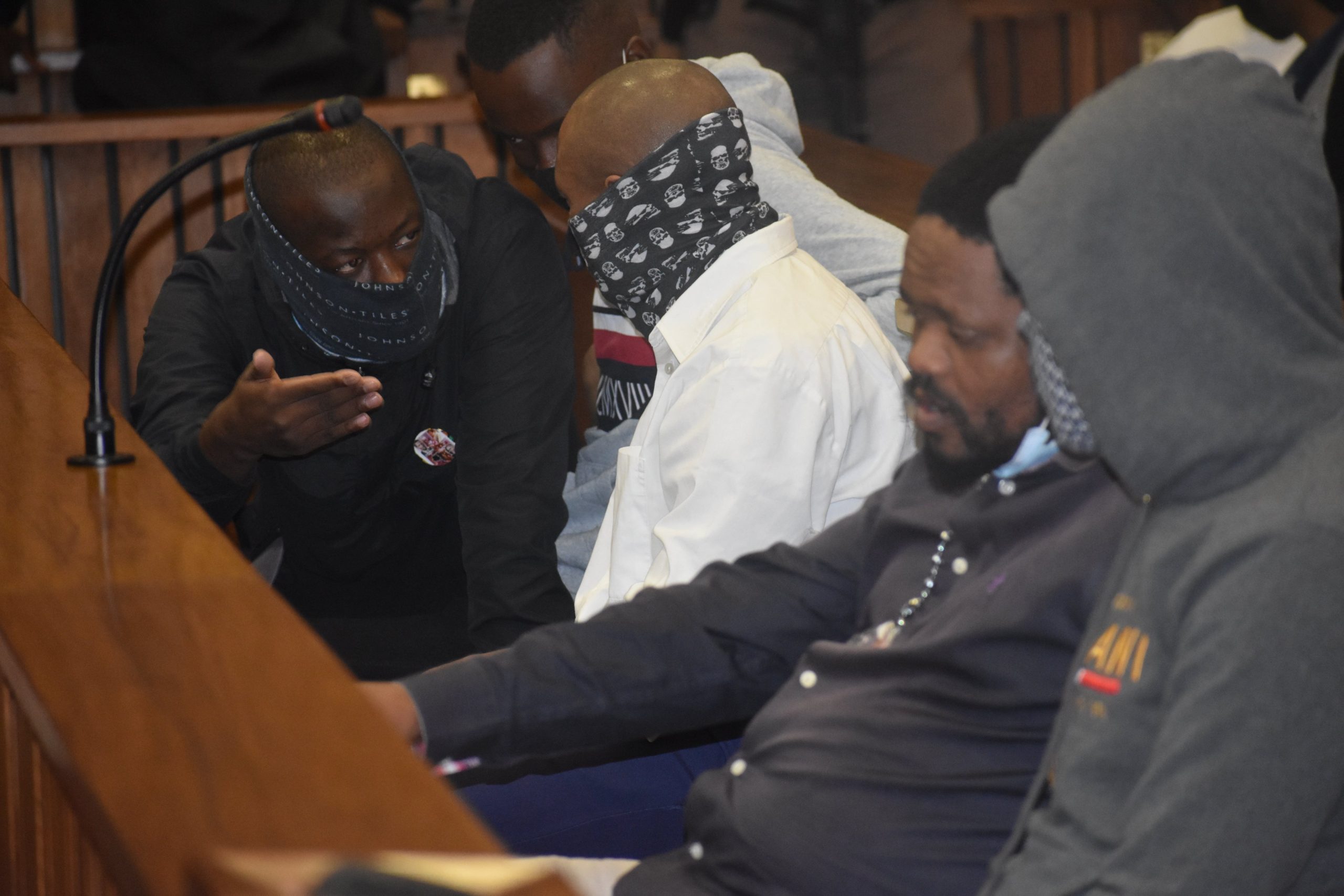 As the trial finally got underway in the Pretoria High Court on Monday morning, first witness in the Senzo Meyiwa murder trial has given a detail of what he found on the scene of the soccer star’s murder, eight years ago.

Coming weeks after delays and postponements, Sergeant Thabo Mosia was one of two police officers to arrive on the scene of Meyiwa’s murder on the early morning of October 27, 2014.

The Bafana Bafana captain was murdered at the Vosloorus home of his girlfriend, Kelly Khumalo.Mosia said he drew a sketch of the crime scene while his colleague took pictures.

He explained later that day, he returned to the crime scene with an appointed task team.

Judge Tshifhiwa Maumela has asked whether Mosia thinks the scene could have been tampered with but State Advocate George Baloyi said this would be addressed later in the testimony.

Judge Tshifhiwa ordered Kelly Khumalo’s lawyer, Magdalene Moonsamy to leave the dock moments before proceedings started, after she turned up as part of a watching brief for her client.

Tshifhiwa told Moonsamy that her presence could end up ‘compromising the quality of evidence’ Kelly Khumalo may eventually be asked to provide.

Moonsamy says she was not surprised when she was asked to leave the Pretoria High Court as Senzo Meyiwa’s trial got underway.