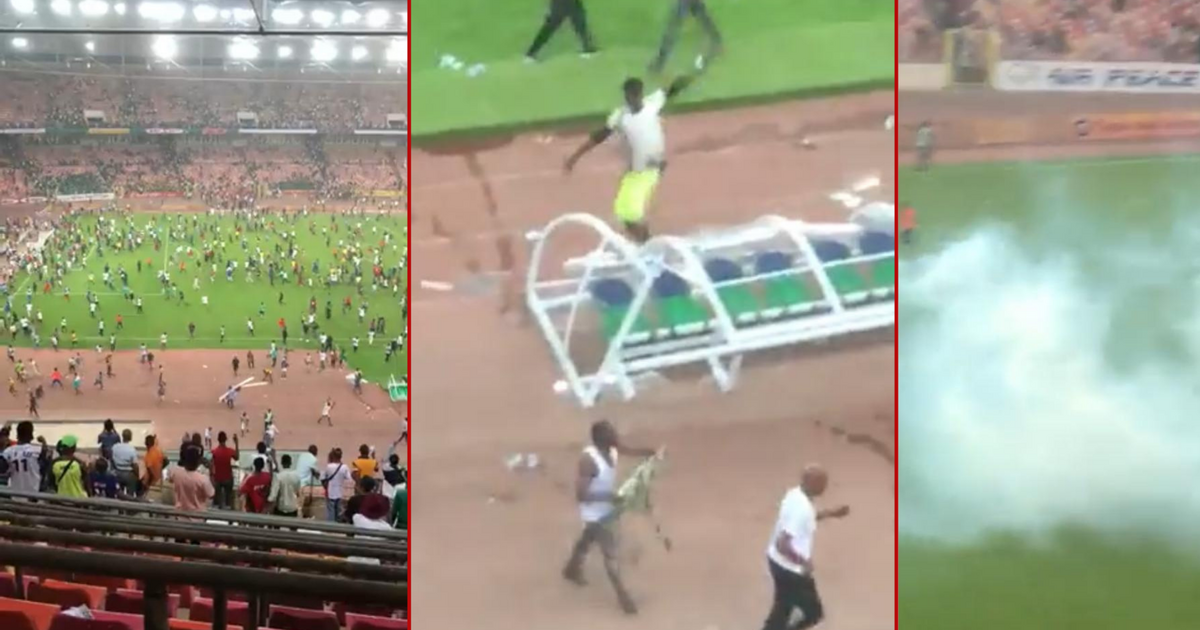 The Super Eagles hosted Ghana in the second leg of their 2022 World Cup playoff clash at the Moshood Abiola Stadium in March.

Having played out a goalless draw in the first leg at the Baba Yara Stadium in Kumasi, the Super Eagles had to win to seal their qualification.

However, in front of a 60,000 capacity crowd at the Moshood Abiola Stadium, they could only play a 1-1 draw in the second leg, meaning Ghana qualified via the away goals rule.

Following the team’s failure to qualify, the home fans took to the pitch to express their anger. In the process, they destroyed some properties in the stadium, while they also put the safety of the Ghanaians in danger.

As a result, FIFA has now landed a hammer blow on the country for failing to provide adequate security and control their crowd. FIFA, through its media department, announced on Monday that Nigeria has been fined CHF 150,000 and also ordered to play their next home game without fans.

However, they can welcome fans back for their next home game against Sao Tome or Mauritius.