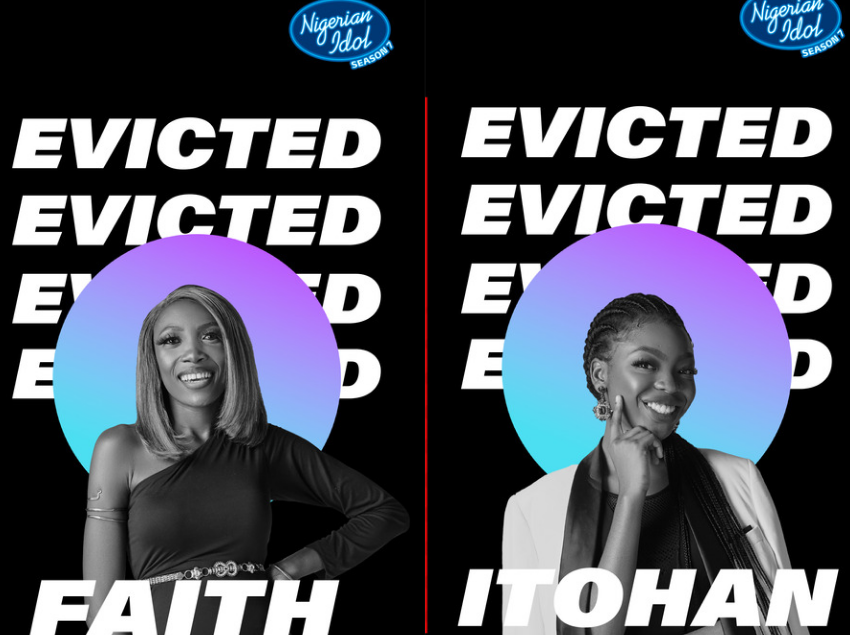 Faith and Itohan have been evicted from the race to becoming the Nigerian Idol star for its 7th edition.

Unlike previous live shows, both contestants were evicted after they couldn’t secure enough votes to make it to the top 4 positions.

The baby dragon, Itohan Agbator, who had stunned the judges right from her auditions, was the contestant with the second to the least votes.

While Faith, an ardent Simi fan with gorgeous vocals, was voted out because she got the least votes on the show.

Four contestants are now in the tight race to become this season’s Idol of the year.

Viewers can vote on the Africa Magic website and the DStv and GOtv App to keep their favourite contestants in the competition. The live show continues next Sunday on Africa Magic Urban and Family from 7 pm.