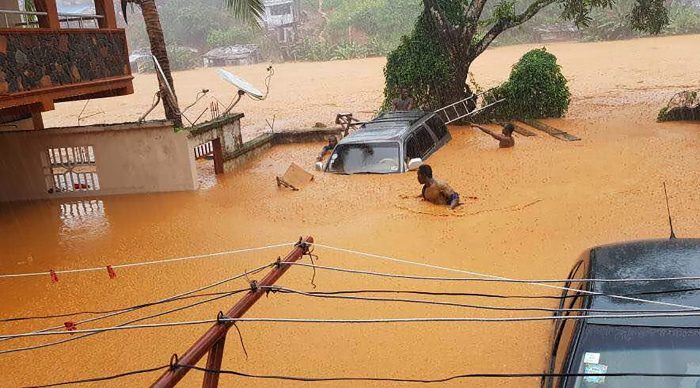 Environmental stakeholders in Kwara State have resolved to engage communities and grassroots to implement solutions to local challenges caused by climate change in the state.

The Director of Programmes, Ilorin Global Shapers Community, Mr. Azeez Abubakar, said this at a White Paper Stakeholders’ Roundtable on Saturday in Ilorin.

Abubakar said the meeting was to work out ways to implement actionable plans toward climate change adaptations through community outreaches, capacity, and resilience building.

According to him, the Ilorin Climate Action “Iyipada Oju Ojo Ilorin” campaign is an initiative of the Ilorin Global Shapers Community and the aim is to purposefully engage key stakeholders at all levels to implement solutions to local challenges.

He said that people at the grassroots were not aware of the effect of climate change on them, hence the need for awareness and sensitisation.

“According to analyses, Kwara is at high risk of flooding, and schools in Ilorin East and West Local Government Areas have a very high flood risk level and are most impacted by damage caused by flooding.

“There is a need for awareness and sensitisation on the issue of climate and environmental change, this will help the people to adapt and also hold the government accountable for the desired change,” he said.

The Founding Curator, Ilorin Global Shapers Community, Mr. Oyindamola Yusuf, said that working with other stakeholders in the community would help in achieving the aims of the campaign.

Yusuf said that climate change affects the economy of any community.

“We understand that engaging locals is not easy and that is why we are localising it, speaking to them in their local languages, and involving the community members in this campaign.

“Looking at the importance of climate action, we believe when people become aware of the dangers that lie ahead, they will be interested in taking actions towards saving themselves and their livelihoods,” he said.

Representative of the Kwara Ministry of Environment, Mr. Abdulraheem Mohammed, said the rate of flooding in the state was alarming, assuring that the government is putting measures in place to reduce the effects of flooding and climate change in the state.

“Human activities such as agricultural practices, residential and urbanisation purposes affect waterways and this causes the water to flow beyond boundaries.

“Encroachment of river banks by people as they do not respect setbacks put in place by the government, there is need for policy reform to address this issue,” he said.

Mohammed tasked the media with advocacy, urging civil society organisations to also look for indigenous solutions that could work with the people.

Dan-Musa advised traditional institutions to be involved in the campaign for a safer environment in order to create grassroots awareness towards reducing the effect of climate change.

He reiterated the agency’s readiness to partner with CSOs, NGOs, and other organisations for a safer environment.

A representative of Green Globe Initiative, Mr. Akintola Akinyemi, said that climate change and its resultant effects were not one man’s business.

He also called on the media to cooperate with the government, NGOs, and CSOs on sensitisation.

Ibrahim said that it was easier for a farmer to deforest a piece of land for farming purposes, but difficult to plant trees because of the cost.

He called on the government to assist farmers on afforestation and weather forecast.

The News Agency of Nigeria quoted experts attributing indiscriminate dumping of waste products, overburdening of wastewater pipes, and river bank encroachment, among others, as some factors responsible for flood risk in the state.