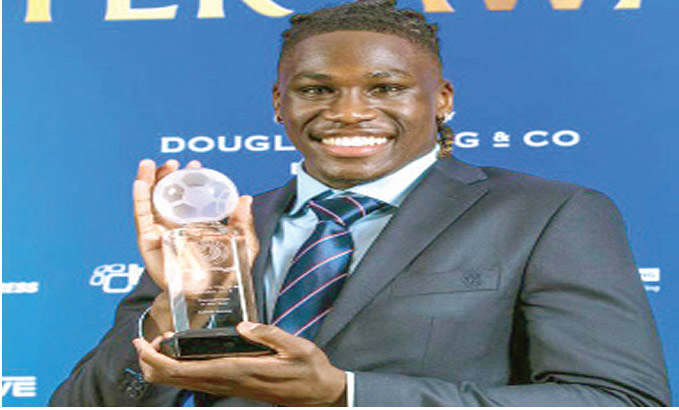 Nigerian defender Calvin Bassey has been chosen as the Men’s Young Player of the Year at Scottish Premiership club Rangers for the 2021/22 season.

The 22-year-old Nigeria international was rewarded for his outstanding season with the Gers, having broken into the first-team set-up this season.

Bassey was also nominated for the Overall Men’s Player of the Year Award alongside Joe Aribo but Colombian striker Alfredo Morelos beat the Nigerian duo to the award.

Bassey had a breakthrough season this term at Rangers after joining the incumbent Scottish champions in the summer of 2020 on a free transfer from Leicester City U-23s.

The Super Eagles defender has played a total of 44 games across all competitions for Rangers this season, mostly operating at centre-back despite being a natural left-back.

Bassey has quickly established himself as an important part of Giovanni van Bronckhorst’s side, having started 40 of the 44 games he played this season.

Bassey helped Rangers qualify for the semi-finals of the 2021/22 UEFA Europa League as well as orchestrating a 114th-minute winning goal against Celtic in the semi-final of the Scottish Cup.