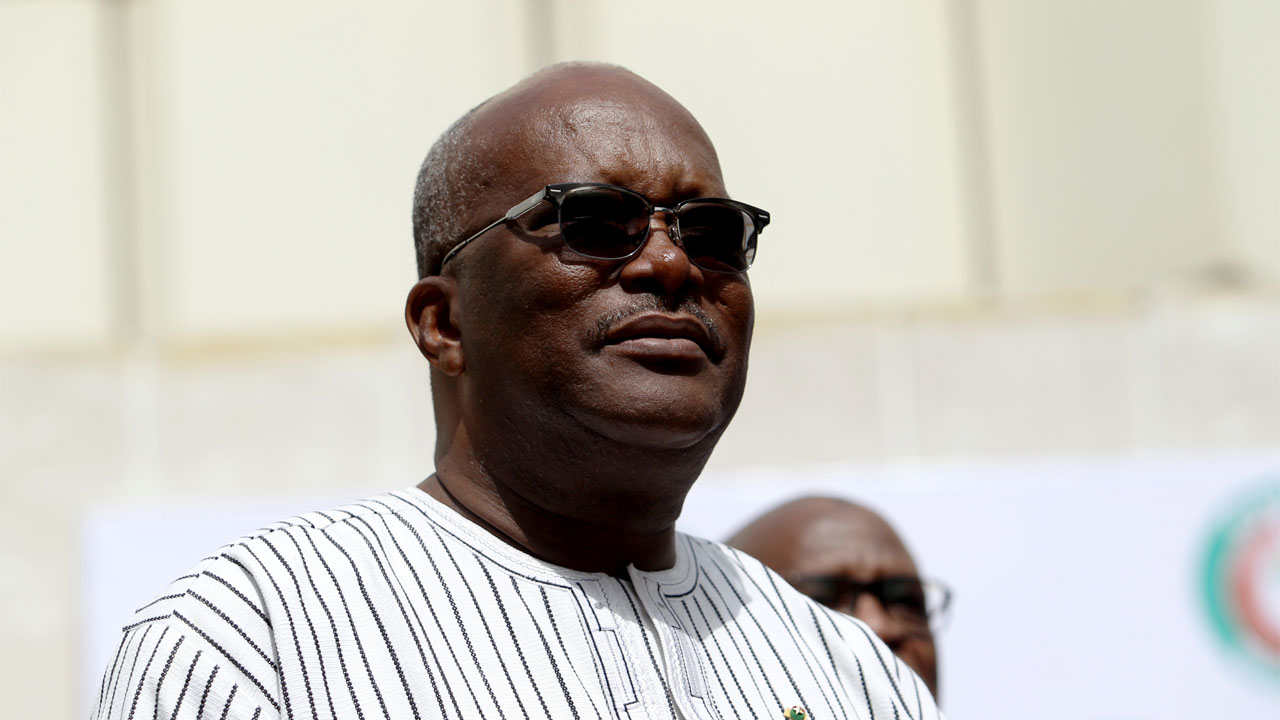 Burkina Faso President Roch Kabore has resigned. Kabore has not made public appearances since heavy gunfire erupted at military bases on Sunday. The African Union and West African regional body ECOWAS have denounced what they described as an attempted coup in Burkina Faso.

President Kabore was arrested on January 24, 2022, and detained by soldiers along with members of his cabinet, security sources said, one day after troops staged a mutiny in the troubled country.

Soldiers rose up at several army bases across the West African state on January 23, 2022, demanding the sacking of the military top brass and more resources to fight the Islamist insurgency that erupted in 2015.

Announcing on television, Captain Sidsoré Kader Ouedraogo (C), spokesman for the junta stated that they have taken power and ‘put an end to the power’ of Burkina Faso‘s President Roch Marc Christian Kaboré, in Ouagadougou.