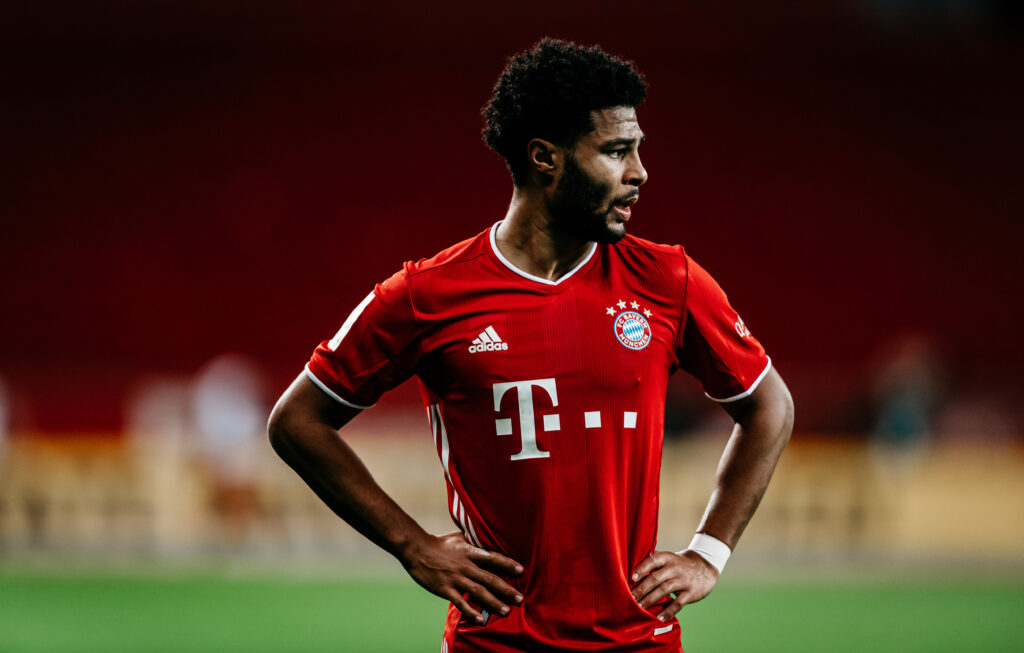 Bayern Munich continued their impressive run in the Bundesliga and stay top following a 4-1 victory over Hertha Berlin.
Goals from Corentin Tolisso, Thomas Müller, Leroy Sane and Serge Gnabry helped Julian Nagelsmann’s men romp to an emphatic 4-1 win at 13th placed Hertha – in what was the last game of the round on Sunday.
Substitute Jurgen Ekkelenkamp netted less than a minute after coming on in the 80th minute but it was a mere consolation in the end.
The Bavarians have now amassed 49 points, six more than their closest challengers, Borussia Dortmund who edged a thrilling contest 3-2 at seventh placed Hoffenheim.
An own goal in the 66th minute from David Raum and efforts from Dortmund stars, Erling Braut Haaland and Marco Reus proved decisive as the Black and Yellow remained on the coattails of the champions.
Andrej Kramaric and Georgino Rutter netted for the hosts, either side of the break.
Third-placed Bayer 04 Leverkusen comprehensively dismantled FC Augsburg 5-1 at the BayArena to stay in the hunt for a Champions League spot.

STAR OF THE SHOW

Moussa Diaby was the star of the show as he netted a hattrick. The first of three goals coming on 24 minutes and the rest in the space of four minutes as he struck on 65 and 69 minutes.
Karim Bellarabi and Lucas Alario also made goal scoring contributions with Arne Maier netting a consolation for Augsburg two minutes after the hour mark.
Union Berlin are fourth and a point behind Leverkusen following their 2-1 win at Borussia Park against Borussia Möchengladbach.
A penalty from Max Kruse opened the scoring on 18 minutes but Kouadio Kone levelled matters five minutes before the break.
Freiburg recorded a 2-0 win over VfB Stuttgart on Saturday thanks to goals in both halves from Hiroki Ito on 37 minutes and Kevin Schade, 19 minutes from the end.
RasenBallsport Leipzig endured a slow start to the season but they have witnessed a recent renaissance and are now up to sixth following their 2-0 success over 15th placed VfL Wolfsburg.

DRAMATIC TURNAROUND FOR COLN BUT NOT ENOUGH FOR WIN