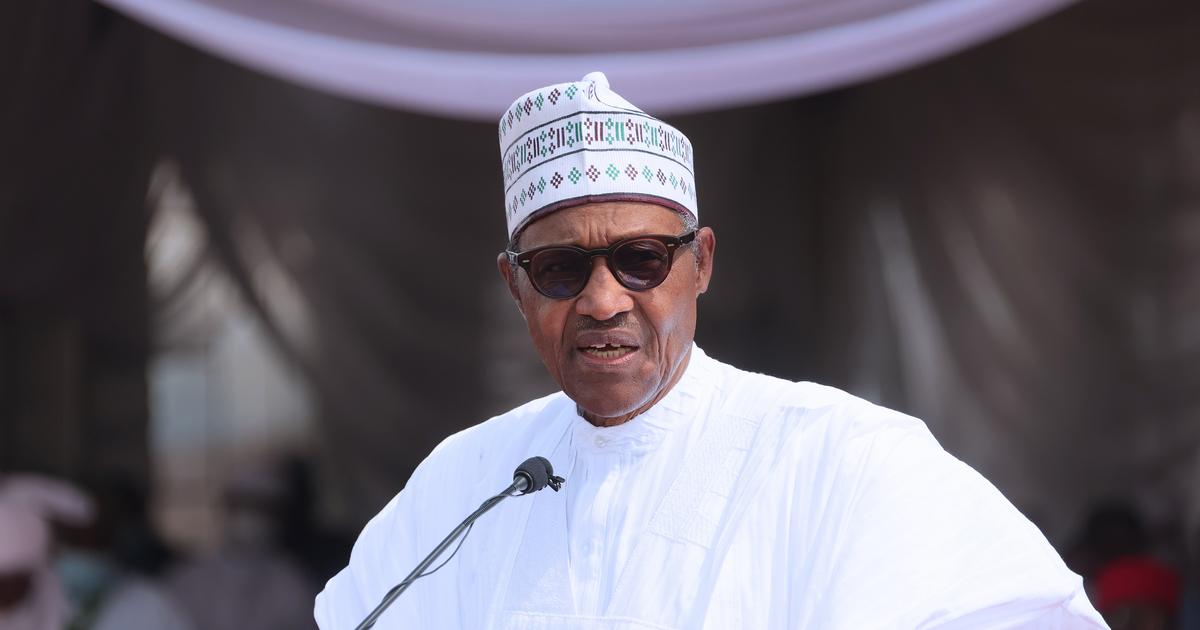 He said some elements were bent on causing a breakdown of law and order in the country and assured that no individual or group would be allowed to destabilise Nigeria.

The News Agency of Nigeria (NAN) reports that the president had earlier hosted Gov. Hope Uzodinma of Imo on Tuesday.

Uzodinma had updated Buhari on the security situations in the state, including the recent killing of staff of the Independent National Electoral Commission (INEC) by bandits in the state.

The governor, who spoke to State House correspondents after the closed door meeting with the president, said two suspects were arrested in connection with the incident.

According to him, the suspects are currently helping the police in their investigation.

The INEC staff were attacked while carrying out the ongoing continuous voter registration on the fateful day.

Similarly, on Wednesday Buhari attended the 11th meeting of the National Executive Committee (NEC) of the All Progressives Congress (APC) in Abuja.

At the event, the president again cautioned leadership of the All Progressives Congress (APC) at both national and state levels against imposing unpopular candidates as 2023 general election approaches.

He also enjoined the leadership of the party to always follow due process in running the party and to develop more anti-corruption mechanisms.

On the same day, Buhari received the Chief Prosecutor of International Criminal Court (ICC), Karin Ahmad Khan, at the State House, Abuja, where he spoke on the nature and activities of Boko Haram.

According to him, Boko Haram insurgency has neither religious nor ethnic underpinning, and that with more enlightenment, majority of Nigerians have realized the truth about the terrorists.

He said it had become clearer to Nigerians that Boko Haram was a perversion of religion rather than an Islamic ideology.

At the meeting, Buhari directed the Minister of Health, Dr Osagie Ehanire, to submit a progress report by the end of May 2022 on the indigenous production of vaccines in the country.

President Buhari on Thursday, expressed sadness over the death of two Nigerian Air Force (NAF) pilots in a plane crash on Tuesday in Kaduna.

The president reacted to the death of the two pilots, Abubakar Alkali and Elijah Haruna Karatu, in a statement issued by his media aide, Malam Garba Shehu.

Also on Thursday, Shehu assured Nigerians that granting pardon to former Govs. Joshua Dariye and Jolly Nyame, among 157 others by the Council of State will not derail Federal Government’s anti-corruption efforts.

“Nothing done here was intended to achieve a political end or send a revisionist message on the relentless war against corruption which he has ably and evidently led by personal examples,” Shehu quoted Buhari as saying.

President Buhari, on Thursday, summoned security meeting sequel to the recommendations by the Council of State over the security challenges in some parts of the country.

NAN reports that the president had on Wednesday at the meeting of the National Executive Committee (NEC) of APC warned of tougher security measures in restive parts of the country and review of operational strategies.

At the meeting with the security chiefs, Buhari ordered security agencies to immediately rescue all captives held by kidnappers and terrorists across the country.

He said Buhari expressed displeasure over the persistent deadly activities of bandits, terrorists and kidnappers in the country.

The president, on Friday, received Chairman of Dangote Industries Ltd, Alhaji Aliko Dangote, and Board members of the Group at the Presidential Villa.

At the event, Buhari urged entrepreneurs and investors to channel ideas and resources into areas that stimulate the growth of the economy with long-term effect on job creation and poverty reduction.

He, therefore, urged local entrepreneurs and foreign investors to focus on areas that would transform lives.

The president ended the week with a condolence message to the Government and people of Oyo State following the passing on of the Alaafin of Oyo, Lamidi Adeyemi III.

Adeyemi aged 83 years and his reign covered major historic transitions in the country and Buhari said Adeyemi’s reign witnessed transformations in his domain.

He affirmed that the Alaafin’s 52 years rule was remarkable in many ways, most significant was the emphasis he placed on human development.