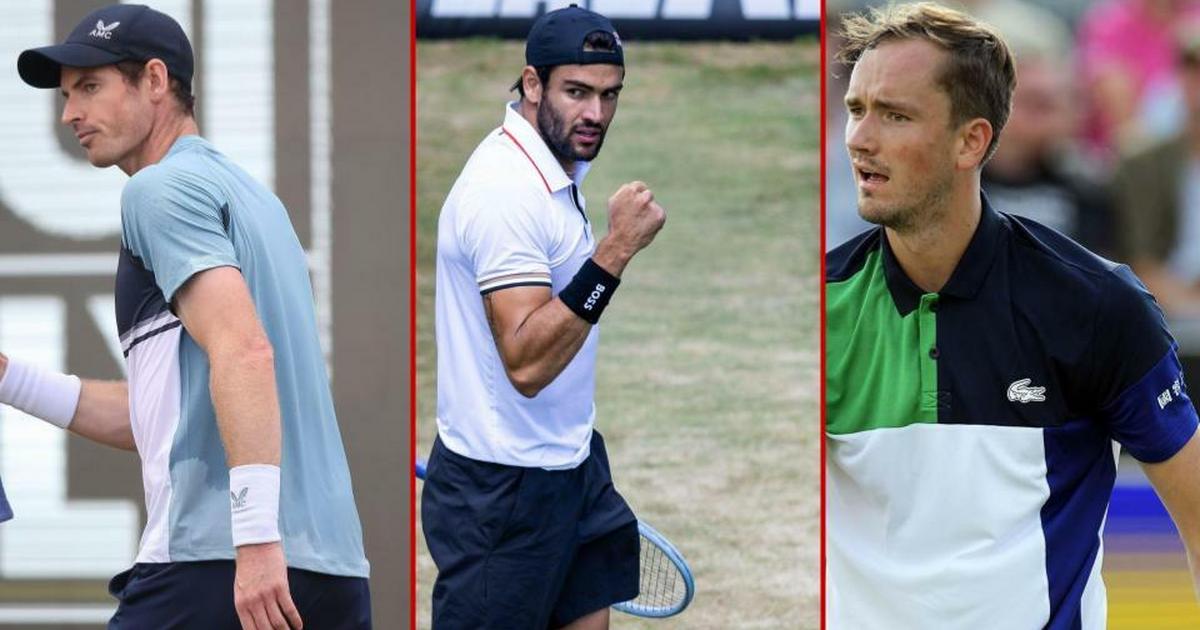 Murray defeated Nick Kyrgios in two sets for a chance to win his first title on grass in six years.

Murray’s win over Kyrgios comes after he defeated Stefanos Tsitsipas in the quarter-final. The first set was a tight one, with both players saving a break point, but in the end, Murray prevailed in a hard-fought tiebreak.

Following a competitive first set, the former World No.1 totally dominated the second set to seal a 7-6, 6-2 victory.

With the victory, Murray will now play Berrettini in the final for a chance to win his first title on grass since winning Wimbledon in 2016.

Medvedev marches on in ‘s-Hertogenbosch

Meanwhile, in the Netherlands, incoming World No. 1 seems unbothered by the Wimbledon ban as he reached the final in ‘s-Hertogenbosch after beating Adrian Mannarino 7-5, 7-5.

Medvedev, who will miss Wimbledon after the All England Tennis Club banned Russian and Belarusian players from participating, will now face Tim Van Rijthoven in the final.

Home favourite Van Rijthoven, who received a wildcard to enter the competition, stunned Felix Augier-Aliassime 6-3, 1-6, 7-6(5) to reach his first final in only his second ATP tour event.