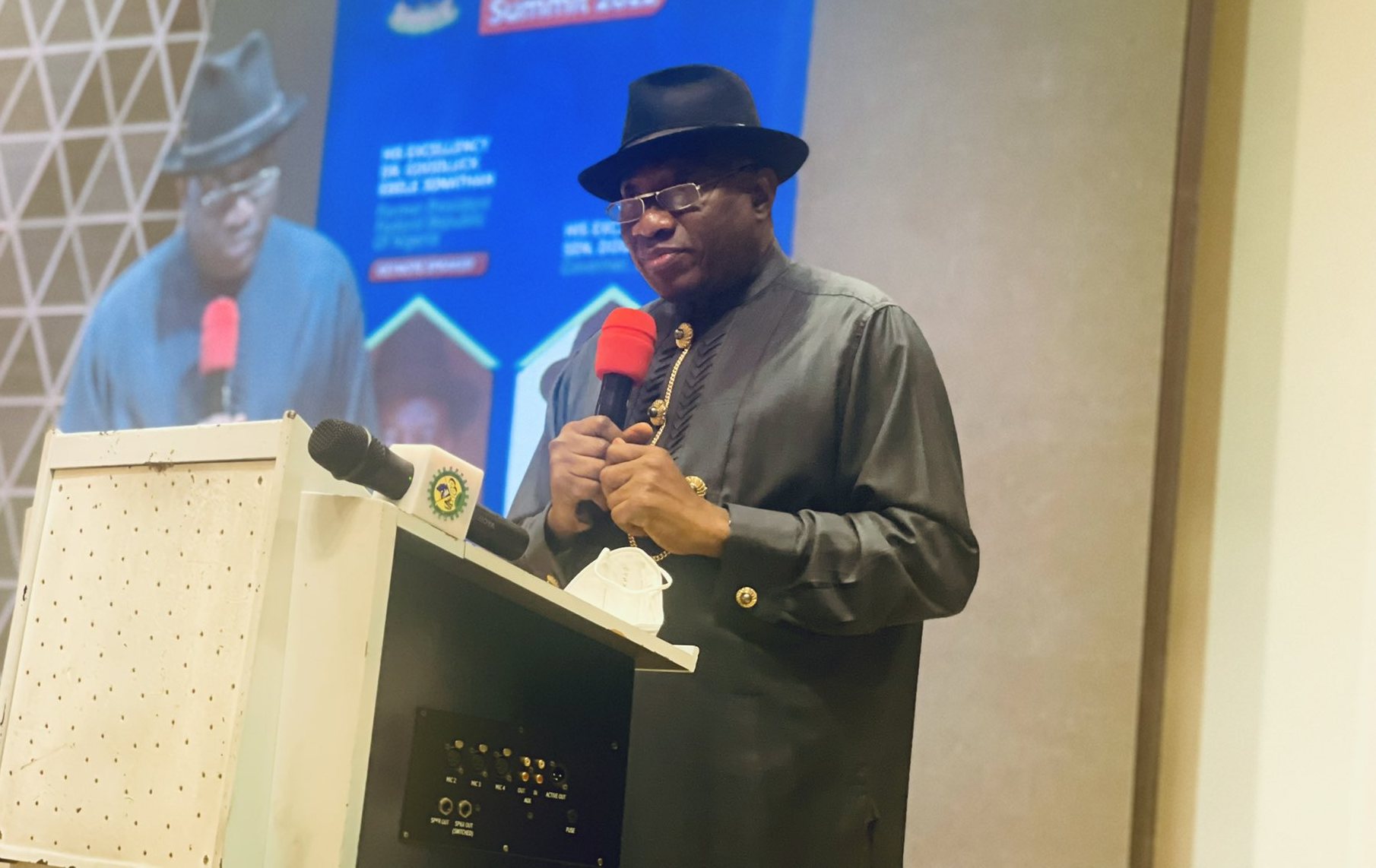 The group advised the APC leadership to use the former president – whom it described as the “best man” – for the job of retaining power in 2023.

The CNPD made the call at a press briefing in Abuja on Monday.

The call comes barely three days after Mr Jonathan told some youth that he is yet to make a decision regarding the presidential poll.

The group had visited the former president to persuade him to run.

Mr Jonathan was president on the ticket of the PDP between 2010 and 2025 when he was defeated by the incumbent, President Muhammadu Buhari of the APC.

The message of the CNPD is no different. While the group stressed the need for Mr Jonathan to be persuaded to run, it said such decision “takes a lot of consultation and commitment.”

Addressing journalists, the group’s National Cordinator, Raphael Okorie, expressed worry at Mr Jonathan’s delay in joining the presidential race and vowed that the CNPD “will not sit down without taking some strategic steps to ensure this vision is achieved.”

“Allowing candidates without clear cut vision especially those who have indicated interest so far to get into the Villa in 2023, will not only be suicidal but we would be as guilty as those that aid and support incompetence over competence,” he said.

He also assured that Mr Jonathan, if elected, would not only enhance the economic, foreign policy and security situation but will also provide a favourable environment for national engagement and dialogue.

“Going critically through the list of presidential aspirants from the two major political parties, we are convinced that all other candidates are regional champions.

“…therefore, it is imperative that Dr Adamu will use the best man for the job to win this election bearing in mind that anything short of a GEJ ticket will cost APC the presidency in 2023.”

He, therefore, called on President Muhammadu Buhari to endorse the Jonathan project because of his experience and the need for continuity.

When asked if the former president has informed the group of his decision to join the APC, Mr Okorie said he could not confirm the situation because he has yet to see Mr Jonathan’s APC membership form.

He, however, assured that “consultations are ongoing to make sure he (Jonathan) joins the APC and gets the ticket.”