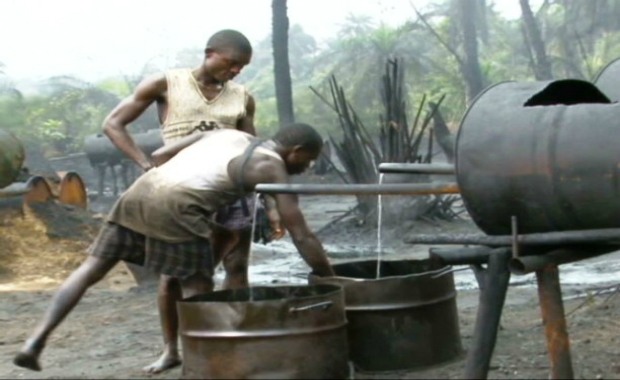 The Nigeria Security and Civil Defence Corps in Abia State said it has destroyed 10 illegal modular refineries operating in Okohia and Owaza oil-bearing communities of the state.

The state Commandant, Ayinla Olowo, disclosed this in Umuahia on Wednesday, while briefing reporters on the command’s strategic efforts to crack down on dealers in illegal petroleum products and refineries.

Mr Olowo said the command’s efforts paid off on Sunday, when its “Operation Sting” made a major breakthrough in a seven-hour operation in Okohia and Owaza in Ukwa West Local Government Area.

According to him, ”the first thing his team did was to destroy the pipes supplying product from the Shell Petroleum pipelines to the 10 cooking pots used for the refining of crude inside the forest”.

“Thereafter, they set six of the pots ablaze but left four to avoid fire that could cause collateral damage to the farmlands, economic trees and a major Shell pipeline in the area.

“We have succeeded in frustrating and putting an end to the activities of the operators of the illegal refineries,” the state NSCDC boss said.

He regretted that the operators fled the area before the operatives arrived at the place for the operation.

“But we are on their trail and we will leave no stone unturned until they are arrested and brought to justice.

“My message to them is not to think of coming back to the area,” he said.

Mr Olowo said that, in the interim, the area had been cordoned off by the Anti-vandalism Squad, pending when Shell Petroleum would disconnect the pipes connected to the cooking pots.

He hoped that the development would finally put both sellers and buyers of stolen petroleum products out of business.

He commended his operatives for executing the operation professionally, which helped to prevent fire and other forms of environmental pollution in the area.

“It was an uphill task for my men, especially when they observed that legitimate agricultural activities were going on in the area,” he said.

He admonished the youths of the area to engage themselves in legitimate means of livelihood and avoid crime.

Mr Olowo said the command was willing to partner with the natives to fish out the bad eggs among them.